With upwards of 2 million apps available in Apple’s app store and Android’s Google Play store, it can be a chore to find the truly useful tools or fun games to play. And without great apps, that $999 iPhone X you just bought is as good as a fancy paperweight.

So how do you find the top apps for your superpowered smartphone? We’ve been testing and trying new app store discoveries all year. Here are some of our favorites, a combination of the best new apps that just came out in 2017 and apps that got big new features over the last 12 months.

With Instagram’s switchover from chronological order to an algorithm-based feed, hashtagging your photos became all the more important to get exposure and build an audience. Enter Focalmark, an app that lets you describe your images (travel, landscape, wildlife, and so on) and get the perfect hashtags to use for each shot. It’s an easy way to get your Instagram photos in front of more people and rack up those likes.

Why put Google Maps on a list of top apps in 2017? Because the search giant keeps adding helpful new features, like the best time to leave for your trip, information about parking near your destination, and the incline or decline of a bicycle trip. You probably already have Google Maps on your phone, but it’s worth checking out the new features added over the past few months.

The ultra-hip eyeglasses startup has long offered the ability to digitally “try on” a pair of specs before you make a purchase. But Warby Parker’s app is now using the new iPhone X’s advanced face-scanning tech to do an even better job of recommending frames that will look great on you. It’s a perfect example of an app using the latest and greatest smartphone features for a practical result.

Mobile games tend to be built for quick, five-minute hits while you’re on line at the grocery store or riding the bus. Not so with Hidden Folks, a beautifully done Where’s Waldo for the digital age. The find-the-hidden-character game rewards longer stretches of intense searching for a particular subject — but the challenge here is that you’ll probably get distracted by the gorgeous art along the way.

There’s no shortage of photo editing apps available for tweaking selfies, but FaceApp makes our top apps list by going a step further and allowing users to apply filters that change their age, gender and facial features. FaceApp is a ton of fun to play around with, similar to Snapchat’s selfie filters, and became wildly popular earlier this year. After the company came under fire for changing users’ skin tones with its “hot” filter, the CEO apologized and said he would fix the issue.

Sometimes even city slickers need a set of wheels for the day. Car2Go, which operates in cities from New York to Denver, offers short-term car rentals on a grab-and-go basis. Find a car parked nearby with the app, unlock it and you’re off to the races. Then, when you’re done, just park it anywhere in the “home zone” around your city. It’s perfect for urbanites who only need a car once in a while.

There are plenty of mobile photography editing apps out there, but few have the expertise that Adobe brings to the table. The latest version of the company’s Lightroom editing app for smartphones packs almost all of the desktop version’s punch in a portable package to help make your photos worthy of your Instagram page. You’ll need to pay for a subscription to use certain features.

Mario’s first big leap onto smartphones was a hit with fans, with simple yet addictive gameplay familiar to many mobile gamers. The run-and-jumper wasn’t the full-blown Mario smartphone game some were hoping for, but Nintendo is promising more mobile games to come, including the recently released Animal Crossing: Pocket Camp. All told, Nintendo’s decision to start taking the mobile world more seriously is a good sign for gamers everywhere.

With a new hack in the headlines almost every week, it’s worth taking some time to beef up your digital security. A top app to do that is Signal, an encrypted messaging app built with privacy in mind, which helps to keep your texts safe from prying eyes. You’ll have to get your friends on board to get the most benefits from using Signal, but it’s worth it if you put a premium on privacy.

Trivia apps have long been a mainstay of the mobile gaming world. But HQ Trivia takes it a step further, offering Jeopardy!-style trivia games that go live at certain times of the day with thousands of players competing for real money. (The app sends a notification before it’s time for a new game.) It’s still early days, but it appears to be a sign of where interactive entertainment is headed in the future. 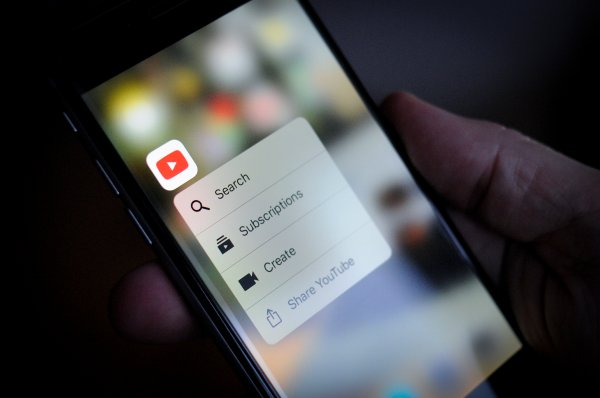