President George H.W. Bush arrives for the coin toss prior to Super Bowl 51 between the Atlanta Falcons and the New England Patriots at NRG Stadium on February 5, 2017 in Houston, Texas.
Patrick Smith—Getty Images
By Alana Abramson

George H.W. Bush has set a record for being the longest living president in U.S. history.

The milestone was first reported on Twitter Saturday by Gabe Fleisher, a high school student who writes a newsletter “Wake Up To Politics.”

As Fleisher noted in the calculations in his tweet, Jimmy Carter, at 93 years and 55 days old, could also surpassFord on the list.

Bush was hospitalized earlier this year for pneumonia and chronic bronchitis.

The milestone comes as Bush faces a series of sexual harassment allegations. In total, eight women have come forward in the past month alleging that he had groped them at various events dating back to the 1992 presidential campaign.

Bush’s spokesman Jim McGrath initially responded to the first of these allegations by explaining that the president is in a wheelchair and makes a joke to put people at ease because his arm cannot reach higher than the lower waist of the people with whom he is posing for photographs.

McGrath did not respond to two of the allegations that predated the wheelchair, but told TIME in regards to a third allegation that the former president “simply does not have it in his heart to knowingly cause anyone harm or distress, and he again apologizes to anyone he may have offended during a photo op.” 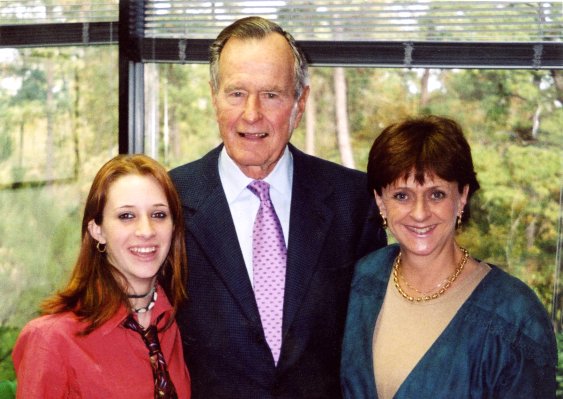 Woman Says George H.W. Bush Groped Her. At 16
Next Up: Editor's Pick