This High-Flying Banker Became a Buddhist Nun. Here’s Her Advice on Happiness

Emma Slade was once a high-rolling, high-stakes banker. The Cambridge graduate managed accounts worth upwards of $1 billion, and liked her Armani suits and heels. “I walked with a wobble,” she says. But her life was suddenly, irrevocably changed when she was robbed at gunpoint in her hotel room in the Indonesian capital, Jakarta, in 1997. The culprit put the gun to her chest, his hand over her mouth, and pushed her to the carpet.

“I knew with absolute certainty that I didn’t want to die,” she says. “Suddenly I had big thoughts about the life I was about to lose.”

Slade narrowly escaped, and her realization that she was alive would form the tentative beginning of a quest for greater meaning and purpose—a remarkable journey charted in her new book, Set Free: A Life-Changing Journey From Banking to Buddhism in Bhutan.

Slade’s unusual path took her to the Himalayas. In the tiny Kingdom of Bhutan a chance encounter with a lama—a spiritual guide—inspired her to begin studying Buddhism. She poured herself into her new practice, and not long afterward became the first Western woman to be ordained as a Buddhist nun in Bhutan. She also founded a charity, Opening Your Heart to Bhutan, which last year was recognized with a Point of Hope Award presented by U.K. Prime Minister Theresa May.

Reflecting on her former life, the almost breathlessly animated nun says, “I lost nothing, I’ve only gained so much.”

Slade, now also known as Ani Pema Deki, recently sat down with TIME during a visit to Hong Kong to promote her book and to talk about her new life and the key to happiness.

How did the experience in Jakarta affect you?

It was a terrifying, but ultimately a really useful experience. I had big thoughts about how I wanted to spend my life as I was about to lose it. You have to hope you have an experience in your life that makes you wake up. For me, the complete loss of any control over my own life was very profound.

What did you feel when police showed you a photo of the gunman?

I just was absolutely overwhelmed with compassion for him, and for me, and for the whole situation.

It definitely ignited something in me. The last thing I ever thought I was was a kind person. I was smart. I was academic. Snappy. Not particularly patient or tolerant—well-educated people are often quite intolerant of other circumstances. I don’t think that I even admired people who were kind. You don’t hear people being super impressed by kind people. You hear people impressed by those who have gone to Harvard, or who have become a really, really fantastic fund manager. Kindness? You gotta be joking.

So I guess I had to find out—slowly, slowly from myself—that actually it was an incredibly powerful part of what it is to be human.

The life I have now is mind-boggling. I feel as if all parts of me are being developed, and it feels extraordinary. Not to sound too whoo-hoo, but it is. My life feels very meaningful.

What do you recommend for people who want to live a more meaningful life?

Most importantly, is to recognize that it’s worth placing a little bit more priority on cultivating a peaceful mind. Amid all the priorities that we have—we think we want to do this, we want to go there, we want to achieve that, or buy that—you very rarely find somebody that says, no, “I really want to make sure that in this life I develop a peaceful mind.” So I think it’s worth making that a little higher among the priorities.

Supposing you decide to give calmness greater priority. What then?

You’ve got to think, “Right, what’s the best method for me to begin to do that?” And obviously you’ve got seated practices like mindfulness, breathing, and these kinds of things. But there are many other ways also. A lot of people find [peace] connecting with nature, being very kind to people or animals. Some people find they get very calm, and peaceful and absorbed, if they do some creative thing, like painting, or something like that.

There’s no doubt that the physical and mental well-being of the human, in the end, will be compromised if there isn’t a little experience of a peaceful mind on a regular basis. We know now that there’s so much anxiety, stress, and depression. So even if you just practice that because you want to keep well—if you want to prevent any future problems—it’s really worth doing.

Why do you think people are increasingly searching for more meaning?

And that’s because they realize they’re capable of more than this. That’s a good point. That’s a wake-up point. But it’s about taking that forward positively and not dwelling there and feeling useless and meaningless.

Where does the Buddhist concept of compassion fit into this?

Showing kindness to others, human beings, animals, whatever—that is also a very helpful way to develop a stable and clear mind. But when you choose to be kind to somebody else, and you don’t need to be—when you don’t need to smile at them, or offer to give them lift ,or say, “I am busy, but I have got five minutes for you”—when you make that conscious choice, notice it. Realize you didn’t have to, and you did, and give yourself a “Well done.” Because the risk of the compassionate method is that if you don’t acknowledge it, you may resent what you’ve done. You may feel “I’m giving all this to other people and I’m getting nothing for myself” and you may go down that line of confusion.

Mindfulness makes you calmer. Compassion makes you happier. I’m always going to encourage people to help others as a route to happiness. I believe in the transformative power of compassion. 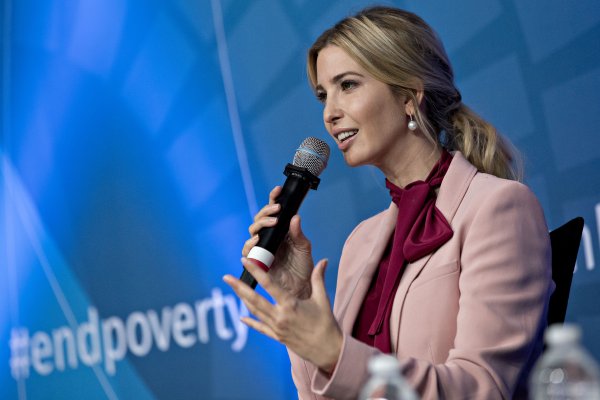 Ivanka Trump Arrives in India for Business Summit
Next Up: Editor's Pick