How Black Friday Sales Madness Came to the U.K.

Before 2010, Black Friday didn’t exist in Britain. Now, the yearly retail sales bonanza is almost as ubiquitous in the U.K. as it is in the United States, and its tremendous growth shows little sign of slowing down in 2017.

In fact, this Friday Brits are expected to spend £1.8m ($2.39m) per minute on Black Friday, an eight percent increase on last year. That’s a faster rate of growth than in the U.S. — in a country that doesn’t even celebrate Thanksgiving. How did it happen?

Naturally it was American companies that brought Black Friday across the Atlantic. Amazon was one of the first, beginning to offer discounts in 2010. Amazon’s “global footprint” was key to turning Black Friday into a reality outside the U.S., Paul Murphy, analytics director at the consumer insight firm Kantar, tells TIME. “This is being driven much more by those people than the high street retailers.”

But the high street had no choice but to keep up, and that’s what they did – at least initially. Electronics retailer Currys PC World began to offer discounts in 2012, followed by the supermarkets Asda, Tesco and Sainsbury’s in 2013 and 2014. “Retailers are under continual pressure to keep their prices competitive,” says Murphy. “You have to play on such a key weekend.”

It was in 2013 that Black Friday truly entered the British consciousness. As prices in some stores were slashed by as much as eighty percent, hysteria broke out. Videos emerged from a London Asda of throngs of people clambering over each other, shouting and swearing, all to reach heavily discounted widescreen televisions during a U.S.-style “doorbuster” event.

Fights broke out, with police called to dozens of stores, the Telegraph reported at the time. A church leader lamented that the “ugly side of human nature” had been revealed. Shoppers compared the situation in supermarkets across the country to a “war zone.” (Americans, of course, are familiar with these kinds of frenzied scenes — in 2008, a Walmart worker was trampled to death by a crowd of shoppers).

In the wake of these events – but also because of the acute logistical strain caused by a massive influx of sales in a short period of time – some British shops scaled back. Asda didn’t run a Black Friday sale in 2015 or 2016, opting instead to run a number of smaller sales throughout the month of November. Amazon is now hosting 10 days of sales rather than packing everything into a single day.

Now, according to Kantar, 68% of people are choosing to do their Black Friday shopping online in the U.K., compared to just 26% in store – perhaps to be expected, given it is an ordinary working day for Brits.

So it’s unlikely fights will be breaking out in malls across the U.K. this year. Nevertheless, British consumers, burdened by inflation and a weak pound, are warming to the idea of sales occurring before rather than after Christmas. The holiday comes at a critical time of year, many people’s last payday before they do their Christmas shopping.

But whilst it might be good for consumers, pressure to engage with Black Friday might actually be hurting businesses in the long run. “Just winning at the weekend isn’t how retailing works,” says Murphy. “You need to win every day.” 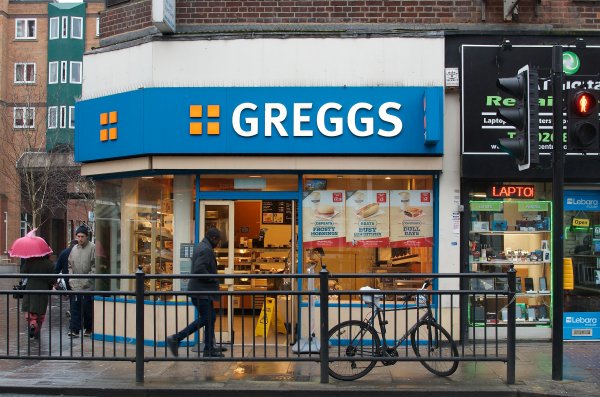 Bakery Apologizes for Replacing Jesus With a Sausage Roll in Nativity Scene
Next Up: Editor's Pick