‘It’s Just Bigger Than It’s Ever Been.’ Kit Harington on Filming Game of Thrones’ Final Season

Game of Thrones star Kit Harington shifts into producing with Gunpowder, a miniseries in which he plays his real-life ancestor on his mother’s side, Catholic rebel Robert Catesby. Catesby was part of Britain’s 1605 Gunpowder Plot to blow up Parliament. Gunpowder airs on HBO nightly from Dec. 18 to Dec. 20. TIME spoke to Harington—currently at work on the final season of Thrones—about coming into his own as a producer and what he learned from his bosses on the Game of Thrones set.

When did you first learn you were related to Robert Catesby?

Did you find Catesby to be a relatable figure?

As I went along trying to depict Catesby and get into his head, the less I sympathized with him. He’s persecuted—I see why he does what he does. But the more I looked, the more I realized he’s an incredibly selfish person. He takes a whole lot of people along with him who wouldn’t have ended up becoming attempted murderers. Reading up on him and looking at the real historical person, he thought quite a lot of himself. He really felt he was on the way to change history. He basically after a while couldn’t see what he was attempting which was to kill innocent people and become as bad as those people who were persecuting him.

It must be a complicated thing that you’ve now made this project bringing a family name further into the light—and yet you’ve depicted him as an impetuous, zealous, person. How did your parents feel about this project?

They were over the moon about it! It must have been 2005, my mum had written a very good piece for the radio—she’s a playwright, and she wrote a really good piece about the women of the Gunpowder Plot, and she wrote about Catesby’s mother. She looked into the complexity of it as well. Because of that, she was very pleased I had the same thought to do something around it.

I don’t think they were terrorists—the word terrorism hadn’t been coined at that point. They were revolutionaries. Often you see terrorists in movies and it isn’t explored why they did what they did. There was a chance in this to do that.

Was it interesting to do research into a real family story?

With Gunpowder, you went from an actor on set to running the ship. How did that transition go?

I didn’t find it a huge leap; I’d been watching for however many years now on Thrones, watching the role of the producer and how it all worked. And I’ve worked with some of the best, Chris Newman and Bernie Caulfield and Carolyn Strauss and Frank Doelger and David [Benioff] and Dan [Weiss] on Thrones. I think I really wanted to test that and see what it was really like doing it. And I enjoyed it! I really thoroughly, thoroughly enjoyed it. I found it quite a natural place to be. I loved the control it gave me over the whole thing. I can feel sometimes a bit like a pawn—you want more ownership over your story. That’s what I’d been searching for in some way.

Was there anything specific you learned about producing on the Game of Thrones set?

I think the one thing that I’ve noticed is that if people are enjoying what they’re doing and the cast and the crew and the producers are melding in the right way and everyone is getting on in the right way, the right kind of energy is flowing through a group of people, then the end product can only benefit from it and can only become better for it. And I think that’s something that David and Dan—what happens there happens very well. Everyone kind of feels like a family. And that was something I wanted to try if I was going to produce something; it comes from the producers. I like to think I’m part of helping to achieve that in some way as well.

You’re now working on your final season of Thrones. When we last spoke during the filming of season 7, you said you were trying to come to terms with the show’s end. Is the reality of the ending sinking in yet?

It kind of is! I’m actually down in York, I’m back in Belfast [where the show is filmed] some next week. It’s a lot of—it’s just bigger than it’s ever been! It is sinking in, it’s just quite emotional. I don’t know how I’m going to feel sometime next year when I’ve finished. It’s quite a sudden shift, I guess, but it feels like the right time. 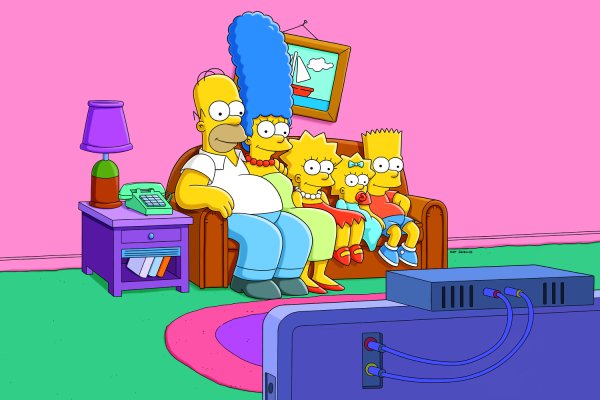 How The Simpsons Predicted Disney's Takeover of Fox Years Ago
Next Up: Editor's Pick