Here's a New Reason You Should Worry About Antibiotics

There’s a global push for doctors and patients to use antibiotics more judiciously, largely because overusing them is contributing to growing resistance—meaning that some infections that were previously treatable no longer respond well to medications. Now, a new study in mice suggests that antibiotics may come with another potential health consequence. They could be interfering with the microbiome—a community of bacteria that live in the gut and elsewhere—and these changes may be passed down through generations and may cause disease.

In the study, published Monday in the journal Nature Microbiology, researchers gave healthy pregnant mice either a normal microbiome or one that had been exposed to antibiotics. Once the mice pups were born, the researchers found that the microbiome changes in the mothers had been passed on to their offspring.

The researchers also looked at a group of mice that were engineered to be at a higher risk for developing colitis, a type of inflammatory bowel disease (IBD). The researchers followed the offspring of these mice for five months and discovered that the pups who had been born to a mother with a microbiome perturbed by antibiotics had substantially worse colitis than the mice that inherited a normal microbiome.

Prior studies in humans have linked antibiotic exposure to a higher risk for IBD, which is thought to affect about 1.3 million Americans. Blaser says that the new study’s findings add to the evidence that antibiotic overuse may cause health complications even beyond antibiotic resistance.

They hypothesized that the exposed microbiomes would impact the disease risk of the mice pups, but Blaser says the researchers were surprised by how substantial the effect was.

The study was in mice—not in humans—but the results suggest that the topic is worth exploring, Blaser says. He says that researchers know that IBD has a genetic component, but so far, the genes associated with the disorder are thought to make up only about 10% of a person’s risk for the disease, and the other 90% of the risk is unknown. Blaser says he believes that some of the unknown risk could be due to antibiotics and that the new findings add support to the recommendation to avoid unnecessary antibiotic exposure.

“I am not against antibiotics, but we have to use them much more wisely,” says Blaser. “I think that we are going to find out more and more that [antibiotic exposure] has a disease cost.”

Correction: The original version of this story misstated the name of the institution where Dr. Martin Blaser works. It is NYU Langone Health, not NYU Langone Medical Center. 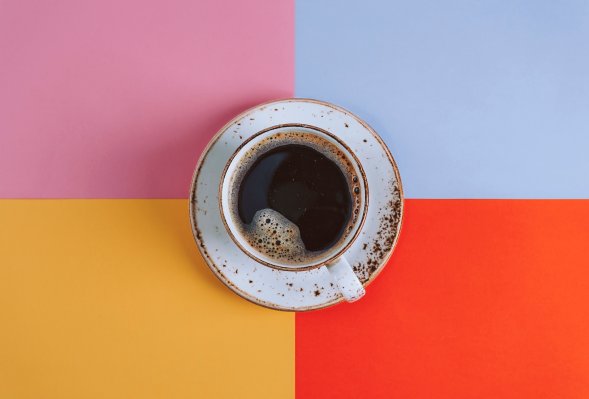 3 Reasons Why Coffee Is So Good for You
Next Up: Editor's Pick