CBS News anchor Gayle King opened up about the sexual harassment allegations against her former co-host Charlie Rose with Stephen Colbert, telling the late night host she was feeling “raw.”

“It’s still very painful, it’s still very hurtful,” King told Colbert on Tuesday night. “Charlie and I, we’ve worked together, we’ve been friends. But when you think about the anguish of those women, despite the friendship, you still have to report the news.”

Rose and King had previously co-hosted CBS News’ morning show, CBS This Morning, along with Norah O’Donnell. But Rose was fired from the network after a Washington Post article detailed allegations of sexual harassment from eight women. Rose apologized for his actions, telling the Post he was “greatly embarrassed.”

“I have behaved insensitively at times, and I accept responsibility for that, though I do not believe that all of these allegations are accurate. I always felt that I was pursuing shared feelings, even though I now realize I was mistaken,” he said in his statement.

The Associated Press on Wednesday reported additional allegations against Rose from women at CBS News.

King applauded the women for speaking out, and said she hoped their bravery would produce tangible policy change.

The morning after the report came out, King and O’Donnell covered the allegations on their show, which King said was unprecedented for her. “It was very difficult and very painful for me this morning, it really was,” she said. “We’re all sort of reeling about what has happened.”

Watch King’s exchange with Colbert below: 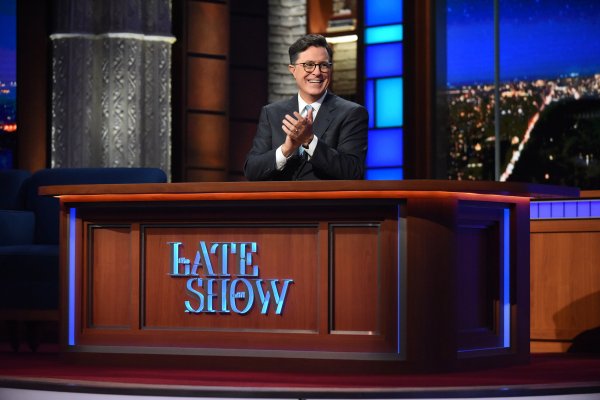 Bill O'Reilly Said He's 'Mad at God.' Stephen Colbert Called on the Higher Power to Respond
Next Up: Editor's Pick