Meek Mill in New York City on July 21, 2017.
Shareif Ziyadat—WireImage
Ideas
By Jill Filipovic
Filipovic is a lawyer and writer.

This month, Meek Mill, a 30-year-old rapper, was sentenced to two to four years in prison for violating the terms of his probation — probation he’s been on since he was a teenager, all stemming from charges of gun and drug possession. What did he do wrong? He popped a wheelie on a motorcycle.

In the meantime, Harvey Weinstein, who was caught on tape confessing to sexual assault, is a free man. We are so thoroughly used to the sanctity of women’s bodies being ignored and violated — and that “we” includes women ourselves, not to mention law enforcement — that more often than not, the violation of the body has to be disturbingly egregious and violent for the incident to be taken seriously.

Sexual assault is one of the most underreported crimes in the country. And even when it is reported, prosecutors may not believe they have enough evidence to prosecute; they may find the victim insufficiently sympathetic. Prosecutors aren’t necessarily bad people, but they are worried about conviction rates, and their job performance often hinges on bringing cases they can win. Winning means convincing a jury or a judge of wrongdoing — or getting an alleged criminal and his defense attorney to settle.

Prosecution is much easier in drug charges brought against Meek Mill, and it’s even easier when the criminal defendant is a young black man. Juries aren’t sympathetic, and there’s no “he said, she said.” As much as we like to think justice is blind, our criminal justice system replicates the same bigotries at play everywhere else in the United States, including racism and sexism. Conviction rates for black men are higher than they are for white men. Funding for public defenders varies significantly by state, and while many of these lawyers are brilliant and dedicated public servants who do their best, they are under-funded and overworked nearly across the board. Other criminal defense lawyers border on negligent, and their clients suffer for it. Low-income and of-color defendants like a teenage Meek Mill was are at a huge disadvantage.

The wealthy and powerful in America — i.e. the overwhelmingly white and male — are playing a different game. They have the resources to pay teams of lawyers, not just to defend them in court but to intimidate anyone who might challenge them, which is exactly what Weinstein did to women who he thought might point the finger at him. Women conclude, often rightly, that reporting powerful men just isn’t worth the blowback and the cost to their careers and reputations.

The United States imprisons more people than any country in the history of the world. The prison industry is also a profitable one for many private enterprises, and politicians benefit from disenfranchised prisoners in their districts: people who can’t vote and aren’t represented in congress or by state legislators, but still count in population tallies and help to secure additional resources for the communities that imprison them.

The probation system is part of this broader web of injustice. Limited probation would make sense if the purpose was to help an offender rehabilitate and make sure he’s staying out of legal trouble. But that’s not the reality. Probationary periods are often absurdly long — see Meek Mill, on probation at 30 for a crime he committed at 19 — and seem designed to trap troubled men and women in a system that is purely punitive. We certainly spend enough money locking people up (often again and again). What if instead the focus was improving their prospects post-release, with job training, social support while they got on their feet, and counseling to help them reintegrate into their communities and stay out of trouble? What if the goal of probation was to help men and women released from prison to succeed as productive members of society, rather than to catch and punish them when they make any small misstep?

Men and women who behave violently toward others should face serious penalties. Too often, we don’t see acts of sexual violence and violation as “real” violence — if you’re not bruised up or in a body bag, it doesn’t count. Most of the men who commit these acts will never spend a day in the prisons populated by young men like Meek Mill. 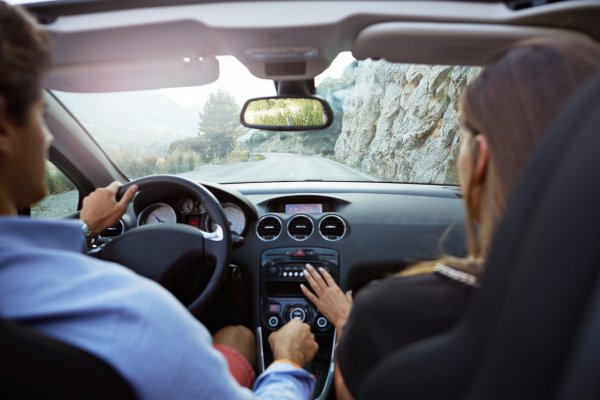 We’re One Step Closer to Hydrogen Cars
Next Up: Editor's Pick