'This Is Not a Pleasant Story for Me.' Megyn Kelly Opens Up About Her Own Experience With Charlie Rose

Megyn Kelly shared her own story about Charlie Rose on her show Tuesday morning, a day after eight women came forward with allegations that the veteran broadcaster had been sexually inappropriate with them.

Kelly’s story was not one of sexual misconduct from Rose, but instead a story about “an underlying dynamic between men and women that contributes to this culture in which inappropriate conduct goes unaddressed.”

“I have known Charlie for years,” she said on Megyn Kelly TODAY. “So this is not a pleasant story for me.”

CBS fired Rose, 75, on Tuesday afternoon after the Washington Post published its lengthy investigation into his alleged misconduct. The allegations against Rose all came from women who worked with or wanted to work with Rose, and their accounts included claims of him groping them, appearing naked around them and telling one that he dreamed about her swimming nude.

Rose issued a statement acknowledging that he had “behaved insensitively at times,” though he denied the veracity of some of the claims against him. “It is essential that these women know I hear them and that I deeply apologize for my inappropriate behavior. I am greatly embarrassed,” he wrote in the statement. “I have behaved insensitively at times, and I accept responsibility for that, though I do not believe that all of these allegations are accurate. I always felt that I was pursuing shared feelings, even though I now realize I was mistaken.”

Kelly went on to say that she had invited Rose to host the launch of her book last November. “It was supposed to be a celebratory event,” she said. “Instead the exchange felt to me like a cross examin[ation] focused on one issue: the book’s sexual harassment allegations against Roger Ailes,” the late CEO of Fox News. “Allegations that Ailes denied, but which I know are true because I lived it.”

“I felt defensive in the exchange with Charlie, and wound up angry about how he handled my book event. Obviously now his behavior makes more sense.” Rose did not immediately respond to a request from TIME about Kelly’s accusations about his behavior.

Kelly said instead of making a scene at the time, she sent Rose a bottle of wine and a thank you note. But when her audience started clapping, Kelly interrupted the applause. “No, no,” she said. “I’m making a different point. The reason I sent him the wine and the thank you note is that I believed it was better to be nice… to brush it off and pretend that hadn’t happened.”

“But I think it’s well past time for us to express our upset, for us to not worry so much about being nice, and being liked, and not causing offence.”

“We are in the middle of an empowerment revolution in this country. And the only way forward is for women to get comfortable, throwing some sharp elbows, making waves and taking risks and holding the powerful to account.”

The allegations against Rose are the latest in a wave of sexual misconduct revelations that have been made public since the Harvey Weinstein scandal broke last month. Women in America and around the world have been emboldened to come forward with their stories in light of those revelations — sparking a #MeToo hashtag that trended on social media where people, including both men and women, detailed their experiences with sexual misconduct. 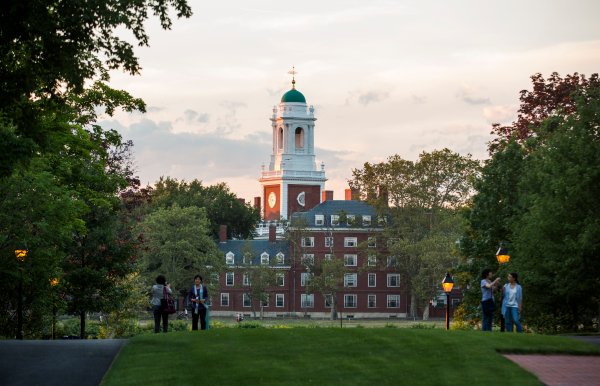