What Experts Have Learned So Far From the JFK Records Releases

Since July, the U.S. government has made public more than 30,000 files related to the assassination of President John F. Kennedy, as required by a deadline set by a 1992 law. Yet on Wednesday, the anniversary of that infamous day in Dallas 54 years ago, experts were no closer than before to answering some lingering questions about exactly why Lee Harvey Oswald would have wanted to murder the President.

That’s been expected for a while now. Experts told TIME a year ago that the new records released this year were unlikely to revolutionize how the assassination is seen.

“Each one I examined just further convinced me that this is a 10-million-piece jigsaw puzzle that we’re never going to solve,” Alice L. George, a historian who’s written about the Cuban Missile Crisis and the JFK assassination’s effect on Americans, told TIME in an email. “Because of the way the documents have been released, they are entirely random, difficult to understand and totally without context.”

If there were a smoking gun, “it would have leaked out a long time ago,” echoes former CIA field officer Bob Baer.

But he has found interesting information within the thousands of pages. As TIME previously reported, Baer has been investigating Oswald’s connections to the Cuban dissident group Alpha 66 and his meeting at the Soviet embassy in Mexico eight weeks before he assassinated JFK. For Baer, the documents have provided more evidence that Oswald’s connections to the Cubans and Soviets ran deep — and also provided even more questions.

For example, the document release so far included the third volume of a three-volume file on Valeriy Kostikov, a leader of the KGB division that deals with assassinations. “It’s called a 201 file, and that means the CIA was following Kostikov in a very serious way,” he explains, “but volume 1 and 2 they didn’t release. Why was this guy so important to the CIA?”

He’s also been thinking about “equally fascinating” transcripts of calls to the Russians made by Silvia Duran, an employee at the Cuban embassy in Mexico, after Oswald requested a visa so he could go to Cuba and wait there for a Russian visa. Duran was arrested by Mexican authorities shortly after the assassination, a step that JFK experts have found intriguing.

“She was saying that he was in effect in a hurry to get a Cuban visa, and what I took away from that was that Oswald was in a hurry to get to Cuba, he couldn’t wait in the U.S., which made me wonder whether he was planning to do something — whether it was kill Kennedy or not — and he needed an out,” he says. “If Oswald had simply gone to the Cuban embassy, applied for a visa, [and] was told to wait and come back, her role would be completely irrelevant in this whole investigation. The Mexicans aren’t going to arrest her if she processed a visa.” According to Baer, other transcripts recently released appear to suggest she met Oswald more than once, which would contradict what she told the Mexican police after the assassination.

“There’s a file out there somewhere about Silvia Duran that explains why she was arrested,” he says. “She should have her own 201 file, simply because the CIA opens 201 files of everyone in a Cuban embassy. I don’t know if it’s in the documents to be released or they simply weren’t even reviewed.”

Still, while many hold out hope for more clues or answers to long-held theories about the motives for the assassination, other historians are finding that the documents are full of details that shed light on the period in general.

Ex-Army intelligence officer John Newman, a JFK expert who consulted on Oliver Stone’s JFK (the film that sparked the conspiracy theory frenzy that was part of the motivation for the passage of the 1992 law), explains that lifted redactions also mean more chances to match code names with people’s real names: For example, files released this year confirmed his prediction that “Eugenio” was a pseudonym for Emilio Americo Rodriguez, a Cuban American who volunteered to work for the CIA in Havana in the early ’60s, and “whose true name was one of the most closely guarded CIA secrets of one of those years.”

Edward H. Miller, historian and author of Nut Country: Right Wing Dallas and the Birth of the Southern Strategy, found a Dec. 4, 1967, document that shows the Department of Justice was investigating whether Frank Sturgis, who would later be known as a Watergate burglar, was illegally sending guns to Cuba.

Stuart Schrader, a fellow at the Charles Warren Center for Studies in American History at Harvard University, is interested in a document that he believes may shed new light on the role of the U.S. government in providing recompense to the families of anti-Castro Cuban exiles involved in the Bay of Pigs invasion. U.S. intelligence agencies are “very, very reluctant to give out anything that reveals personal information about their own employees or their assets, [but] this document that listed what seemed to be next of kin seemed to be a very clear roster of personal connections,” he says. At the very least, the files are fresh new primary sources for those studying the invasion or other parts of the ’60s.

“Using these documents to study things other than the JFK assassination seems like the most sensible thing to do,” he says. “If all that energy had been spent on other directions, we’d have a better sense of the period.”

Historians like Schrader, however, are interested in getting their hands on more than just additional U.S. intelligence files. The files that would help them finally paint a complete picture of the story are a lot harder to access: documents produced by Cuba that would tell the Cuban side of what happened. But it still remains to be seen whether any additional gems will be found on the American side. After a delay due to national security concerns, the new deadline for releasing the remaining JFK files is April 26, 2018. 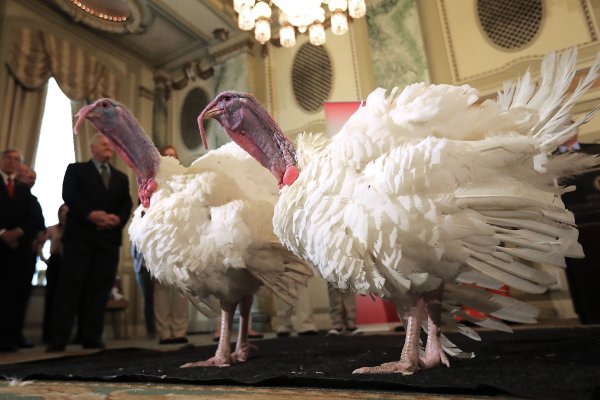