Consumers can be thankful for the cost of turkey this year.

An abundance of turkeys in cold storage across the U.S. resulted in lower prices for the poultry. Indeed, the price of turkeys fell by 36 cents this year compared to 2016 — or a decrease of 2 cents per pound.

“Even as America’s family farmers and ranchers continue to face economic challenges, they remain committed to providing a safe, abundant and affordable food supply for consumers at Thanksgiving and throughout the year,” AFBF Director of Market Intelligence Dr. John Newton said in a statement.

The Farm Bureau’s survey looked at prices for turkeys as well other Thanksgiving essentials like stuffing, sweet potatoes, rolls with butter, cranberries, peas, bread stuffing, pumpkin pie with whipped cream, and coffee and milk. Products like milk also saw a decrease in prices due to higher production, the Farm Bureau said.

The Farm Bureau surveyed 141 volunteer shoppers’s check-out prices at 39 states around the country. Those shoppers were encouraged by the Farm Bureau to “look for the best possible prices,” the group explained. 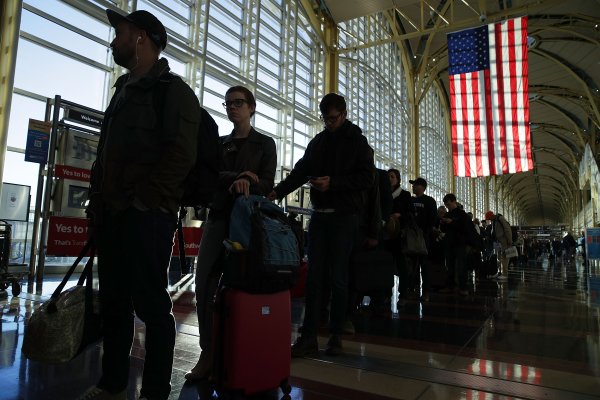 These Are the Worst Times to Travel This Thanksgiving
Next Up: Editor's Pick