'I Am Not OK.' Charlie Rose's CBS This Morning Co-Host Gayle King Slams Him After Harassment Allegations

Gayle King slammed her co-anchor Charlie Rose on CBS This Morning Tuesday after eight women accused him of sexual harassment in a bombshell Washington Post report.

King and her co-host Norah O’Donnell confronted the sexual harassment allegations at the very top of the show Tuesday morning — just hours after the network suspended him.

“I really am still reeling, I got an hour and 42 minutes of sleep last night,” King said. “I am not OK. After reading that article in the Post, it was deeply disturbing, troubling and painful for me to read.

CBS suspended Rose, 75, who also works for 60 Minutes, on Monday evening after the Post published its lengthy investigation. The allegations against Rose all come from women who worked with or wished to work with Rose, and they variously accused him of groping them, appearing naked around them and telling one that he dreamed about her swimming nude.

O’Donnell kicked off Tuesday’s broadcast by saying,”We begin this morning with news affecting all of us at this broadcast and this network. CBS has suspended our co-host Charlie Rose after allegations of sexual misconduct.”

King added: “The Washington Post, as you’ve heard, published claims from eight women who all worked or wanted to work for his PBS program and they described Rose making unwanted sexual advances in the 1990s through 2011.”

Rose said he was “deeply embarrassed” by the allegations and apologized for his behavior.

PBS, which distributes Rose’s interview show, said in a statement: “PBS was shocked to learn today of these deeply disturbing allegations. We are immediately suspending distribution of ‘Charlie Rose.'” 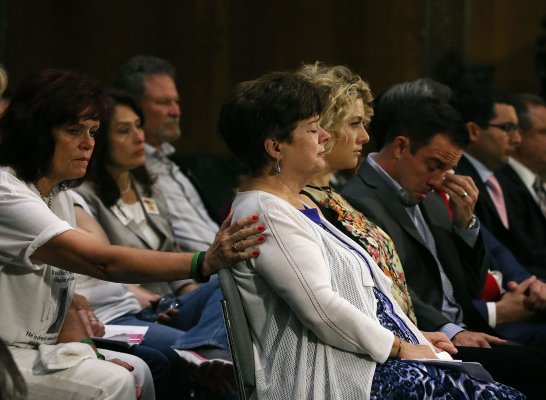 Kate Steinle: Victim of Deadly 'Russian Roulette' or a Tragic Accident?
Next Up: Editor's Pick