Television host and journalist Charlie Rose apologized for his “inappropriate behavior” after eight women accused him of sexual harassment in a Washington Post report Monday.

“It is essential that these women know I hear them and that I deeply apologize for my inappropriate behavior,” Rose said in a statement to the Post. “I am greatly embarrassed. I have behaved insensitively at times, and I accept responsibility for that, though I do not believe that all of these allegations are accurate. I always felt that I was pursuing shared feelings, even though I now realize I was mistaken.”

In response to the Post‘s report, CBS News — where Rose co-anchors CBS This Morning and contributes as a correspondent to 60 Minutes — suspended him, according to the Associated Press. Bloomberg TV and PBS — the latter of which has distributed Rose’s eponymous talk show since 1993 — said they would immediately halt distribution of the program. “PBS was shocked to learn today of these deeply disturbing allegations,” the network said in a statement.

The eight women who spoke to the Post said that Rose, 75, made unwanted sexual advances towards them from the late 1990s up until 2011. Of those women, who ranged in age from 21 to 37 at the time of the alleged incidents, five detailed their accusations under the condition of anonymity. Three spoke to the paper on the record. The women’s allegations include that Rose groped their breasts, buttocks and genital areas, along with inappropriate phone calls and Rose walking around naked in their presence.

“It has taken 10 years and a fierce moment of cultural reckoning for me to understand these moments for what they were,” Rhea Bravo, a former intern and associate producer for Rose’s PBS show, told the Post. “He was a sexual predator, and I was his victim.”

“It makes me a little upset to see him on television,” Kyle Godfrey-Ryan, a former assistant for Rose during the mid 2000s, said. “Everything I experienced with journalism there made me not want to stay.” She added that Rose fired her once he learned that she had confided to a mutual friend about his behavior.

Rose is one of the numerous individuals in media, entertainment and politics to be accused of sexual harassment or assault since news of Harvey Weinstein’s alleged sexual assaults broke. Other prominent journalists have been accused in recent weeks, including MSNBC’s Mark Halperin and, as of earlier Monday, New York Times White House correspondent Glenn Thrush. 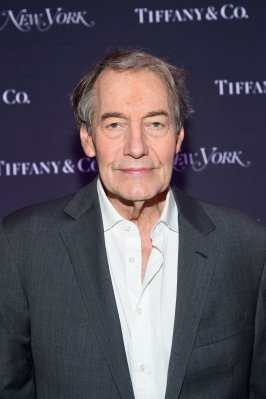