So far, the Republican tax plan is following the script set in President Trump’s first year.

As with previous legislative fights over repealing the Affordable Care Act and the fate of undocumented immigrants brought to the U.S. as children, the bill is heading into trouble as the president stays mostly on the sidelines.

That’s not to say the bill won’t pass. Republican lawmakers agree on the need for tax cuts in a way that they did not on the replacement for Obamacare or what do to about the so-called Dreamers.

But the pattern set by Trump appears to be holding. Here’s a breakdown of how it works.

As a candidate, president-elect and president, Trump is prone to making bold claims about what he’ll do: Build a wall, cut taxes for everyone, take care of Dreamers, repeal the Affordable Care Act.

“I will build a great, great wall on our southern border, and I will make Mexico pay for that wall,” he said. “Mark my words.”

“Everybody is getting a tax cut, especially the middle class,” he said. “I said that I may have to increase it on the wealthy. I’m not going to allow it to be increased on the middle class.”

“They shouldn’t be very worried,” he said of the Dreamers. “I do have a big heart. We’re going to take care of everybody.”

Step 2: Promise to give details ‘in two weeks’

Unlike most professional politicians, Trump mostly eschewed putting forward detailed plans of how he’d achieve his campaign goals as a candidate, and he’s not changed much as president.

“We’ve got the plan largely completed and we’ll be filing over the next two or three weeks — maybe sooner,” he said about infrastructure in April.

“We’re going to be having a news conference in about two weeks to let everybody know how well we’re doing,” he said about fighting ISIS in May.

“We’re going to get into great detail over the next two weeks, but we’re working on it with Congress now and coming up with very exacting numbers,” he said about tax reform in September.

Step 3: Put the responsibility on Congress

Under the Constitution, Congress proposes legislation which goes to the president to sign into law. But past presidents have taken some liberties with the process and put forward their own ideas or worked closely with congressional leaders on the bills.

Trump is more hands off, and his public statements reflect that.

After the Trump Administration moved to end the Deferred Action for Childhood Arrivals program which had helped Dreamers avoid deportation, Trump tweeted that Congress should come up with a solution.

On the Affordable Care Act, Trump said in July that Congress should not go on recess in order to get repeal passed.

“We have to stay here,” he said. “We shouldn’t leave town, and we should hammer this out and get it done.”

When things go south, Trump is happy to lay blame at either Republicans or Democrats in Congress.

When Obamacare repeal failed, Trump argued that Democrats are “very good at, really, obstruction” and added that “there are some Republicans, frankly, that should be ashamed of themselves.”

When raising the debt ceiling became an issue, Trump blamed Republicans and Democrats.

And when he was criticized for the slow pace of nominations to many federal posts, Trump blamed Democrats. 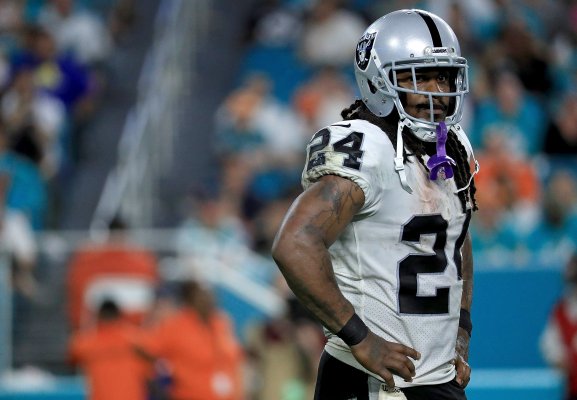 Trump Calls for NFL to Suspend Marshawn Lynch
Next Up: Editor's Pick