What Liking Harry Potter Says About Your Personality, According to Science

Harry Potter was a massive part of the childhoods of millions of people. Even if you’re not part of the cult following, it’s unlikely you’ve been able to avoid the franchise completely.

As it turns out, growing up with Harry Potter might have made you a better person. According to one study, published in the Journal of Applied Social Psychology, people who are emotionally attached to Harry Potter are less likely to be prejudiced against minority groups.

There are a lot of different groups in the books, and the over-arching theme is to be kind to others, regardless of how different they are. There’s also an emphasis on prejudice being associated with evil.

The main antagonist, Voldemort, is obsessed with wizards only being “pure-bloods,” meaning they come from wizarding families. “Mudbloods” are those who are born to magicless — or “muggle” — parents.

In the study, being exposed to these group dynamics appeared to play a big role in how children grew up to see others who were different from themselves.

The researchers gave 34 primary school children a questionnaire about how they felt about immigrants, then divided them into two groups; one group read a scene about Draco Malfoy calling Harry’s friend Hermione a “filthy little Mublood,” and the other read paragraphs unrelated to prejudice, such as Harry buying his first magic wand.

In other words, after being exposed to Malfoy’s hatred and cruelty, the children showed more tolerance and kindness.

Read more: Here’s how to make the 3 most iconic ‘Harry Potter’ desserts from scratch

There were two follow-up experiments in the study, where groups of people were asked about their feelings towards minorities after reading about Harry and his friends. One found that high school students had better attitudes to gay people afterwards, and the other found that college students had more compassion for refugees.

“Harry Potter empathises with characters from stigmatised categories, tries to understand their sufferings and to act towards social equality,” said lead author Dr. Loris Vezzali, a professor at the University of Modena and Reggio Emilia. “So, I and my colleagues think that empathetic feelings are the key factor driving prejudice reduction. The world of Harry Potter is characterized by strict social hierarchies and resulting prejudices, with obvious parallels with our society.”

He added: “Harry has meaningful contact with characters belonging to stigmatised groups. He tries to understand them and appreciate their difficulties, some of which stem from intergroup discrimination, and fights for a world free of social inequalities.”

Read more: The team behind ‘Pokémon Go’ is creating a Harry Potter game for smartphones

Throughout the Harry Potter series, the characters all experience the difficulties of being different: Harry and his scar, Ron and his hand-me-down clothes, and Hermione with her muggle parents. However, there is never question over whether they are friends with each other, or why their differences should matter.

In the words of Albus Dumbledore: “Differences of habit and language are nothing at all if our aims are identical and our hearts are open.” 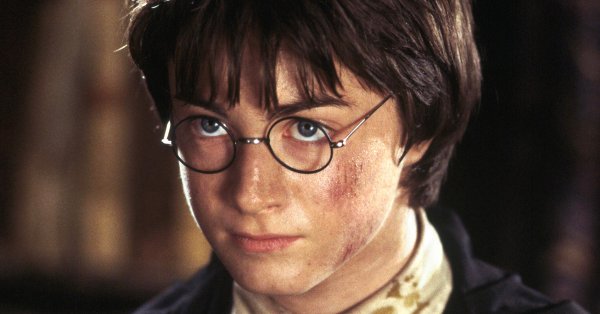 5 of the Biggest Harry Potter Plot Holes Explained
Next Up: Editor's Pick