‘Great Disrespect!’ Donald Trump Wants the NFL to Suspend Marshawn Lynch if He Sits During the Anthem Again

Marshawn Lynch #24 of the Oakland Raiders looks on during a game against the Miami Dolphins at Hard Rock Stadium on November 5, 2017 in Miami Gardens, Florida.
Mike Ehrmann—Getty Images
By Tara John

U.S. President Donald Trump suggested Oakland Raiders’ Marshawn Lynch should be suspended by the NFL for the rest of the season if he “sits down to boos” during the national anthem again.

Trump showed no sign of letting go of his attack of NFL players taking a knee after Lynch sat down during the Star-Spangled Banner but then stood for the Mexican national anthem, before a game against the New England Patriots in Mexico City on Sunday. On Monday, the President tweeted that running back’s actions amounted to “great disrespect” and that the “NFL should suspend him for remainder of season. Attendance and ratings way down.”

According to Associated Press, Lynch has not stood for the national anthem since his return from retirement this season.

Quarterback Colin Kaepernick first kneeled in 2016 in protest against shootings of black men by white police officers. Some American football players have continued the protest in defiance of Trump, who has been vocal of his opposition to the action. 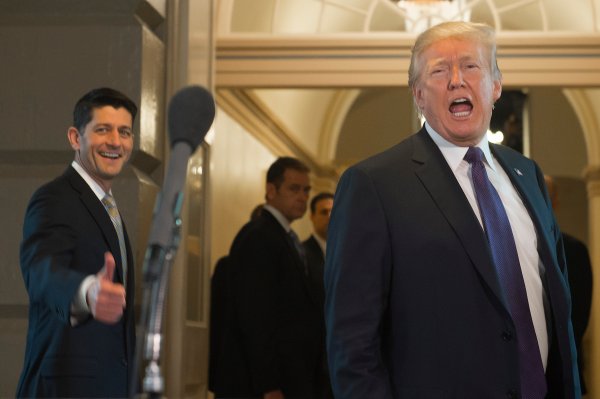 Trump's Approval Rating Just Hit Yet Another New Low
Next Up: Editor's Pick