Amnesty International said Tuesday that Myanmar’s persecution of Rohingya Muslims fits the legal definition of apartheid, a crime against humanity.

“The Myanmar authorities are keeping Rohingya women, men and children segregated and cowed in a dehumanizing system of apartheid,” Anna Neistat, Amnesty’s Senior Director for Research, said in a statement. In a report based on a two-year investigation, the group said that Rohingya, a mostly stateless minority from Myanmar’s western state of Rakhine, are “trapped in a vicious system of state-sponsored, institutionalized discrimination.”

More than 621,000 Rohingya have fled the state into neighboring Bangladesh since Aug. 25, when insurgents reportedly launched a fatal series of attacks on state security forces. The Myanmar military responded with a brutal crackdown; witnesses arrived in Bangladesh injured and traumatized, and satellite imagery reveals hundreds of villages razed to the ground. The U.N. has likened the violence to a campaign of ethnic cleansing.

Amnesty traces the roots of the crisis to systemic discrimination and segregation that has intensified dramatically since 2012, when deadly riots erupted between Buddhists and Muslims in several parts of the state. Buddhists make up the majority in both Rakhine state and in the country at large.

“[Rohingya] rights are violated daily and the repression has only intensified in recent years,” Neistat said.

Few Rohingya are believed to remain in the northern part of Rakhine state; the group’s population had been estimated at about 1.1 before the recent exodus and a previous military campaign in Oct. 2016 that displaced an estimated 90,000 others. About 100,000 are still confined to squalid displacement camps near the state capital Sittwe, where they have been sequestered since the 2012 riots.

The Rohingya are widely considered one of the world’s most persecuted minorities. 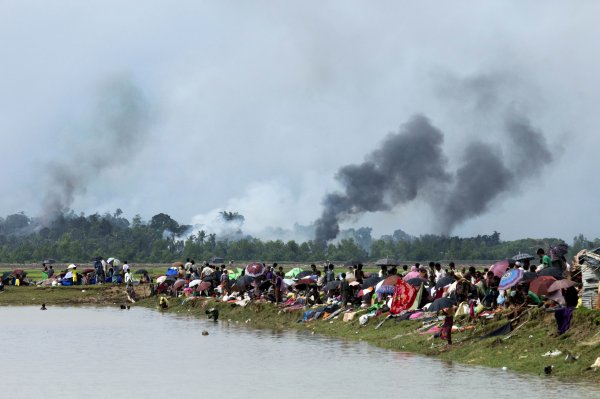 'Mounting Evidence' of Rohingya Genocide in Myanmar
Next Up: Editor's Pick