The ARA San Juan, a German-made submarine that entered Argentina’s navy in 1985, was returning from a routine mission to Ushuaia, in the country’s southern archipelago. The vessel was en route to its base in Mar del Plata, south of Buenos Aires, when contact was lost near the Valdez peninsula.

Several countries have joined the search in a 186 sq. mi. area off Argentina’s Patagonia coast, including the U.K. and the U.S., the New York Times reports. The U.S. Navy sent a ship equipped with deep-sea rescue vehicles over the weekend, according to the BBC.

But search efforts have reportedly been hindered by severe weather conditions, including gusting winds and wave swells 20 to 25 ft. high, according to the BBC.

The Argentinian navy said that the submarine had food and air supplies to last for two weeks, according to the BBC. But concerns are mounting as the search fails to turn up promising leads.

On Nov. 18, Argentinian naval officials recorded seven satellite calls, each lasting between four and 36 seconds, but could not confirm that they came from the missing sub, the Associated Press reports. 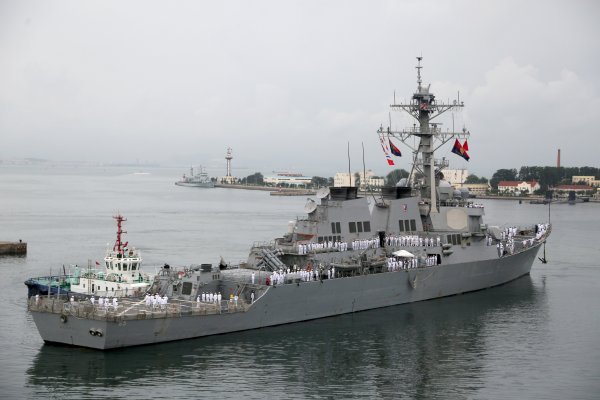 U.S. Warship Collides With Tugboat in Japanese Waters
Next Up: Editor's Pick