Sen Al. Franken Accused of Kissing and Groping Woman Without Her Consent

Radio anchor Leeann Tweeden says Sen. Al Franken kissed and groped her without her consent more than a decade ago.

Tweeden — a morning anchor on McIntyre in the Morning, a show on TalkRadio 790 KABC in Los Angeles — recounted Thursday an incident she says happened during a 2006 USO show for military members overseas. Franken, who was a comedian at the time and is now a U.S. Senator for Minnesota, was headlining the show. Tweeden, then a model and media personality, was slated to emcee the event.

Franken apologized shortly after Tweeden’s essay was published, but said he didn’t recall the 2006 incident the same way she did. “The first thing I want to do is apologize: to Leeann, to everyone else who was part of that tour, to everyone who has worked for me, to everyone I represent, and to everyone who counts on me to be an ally and supporter and champion of women,” he wrote in a statement.

Tweeden wrote in a post published Thursday on KABC’s website that Franken included in the script a kiss between the duo. “I suspected what he was after, but I figured I could turn my head at the last minute, or put my hand over his mouth, to get more laughs from the crowd,” she said.

Franken insisted on rehearsing the bit before the show, Tweeden said. After Tweeden initially refused, then reluctantly agreed, Franken “put his hand on the back of my head, mashed his lips against mine and aggressively stuck his tongue in my mouth,” she alleged. Tweeden said she felt “disgusted and violated” but continued with the performance, not wanting to cause trouble.

“While I don’t remember the rehearsal for the skit as Leeann does, I understand why we need to listen to and believe women’s experiences,” Franken wrote later in his statement.

Later, Tweeden wrote, Franken grabbed her breasts, without her consent, while she slept during the flight home from Afghanistan to Los Angeles — an act Tweeden says she only discovered while looking through photos from the trip. She included a photo of the incident in her post.

“As with all credible allegations of sexual harassment or assault, I believe the Ethics Committee should review the matter. I hope the Democratic Leader will join me on this. Regardless of party, harassment and assault are completely unacceptable—in the workplace or anywhere else,” McConnell said in a statement.

Democratic Leader Chuck Schumer also called for investigation, writing on Twitter that, “Sexual harassment is never acceptable and must not be tolerated. I hope and expect that the Ethics Committee will fully investigate this troubling incident, as they should with any credible allegation of sexual harassment.”

Franken, in his statement, said he is asking for and will fully cooperate with an ethics investigation.

Florida Sen. Bill Nelson, who was set to fundraise with Franken this weekend, released a statement saying the event will go on as planned, but without Franken. “Sexual harassment is never acceptable,” he said in the statement. “The Senate Ethics Committee will fully investigate this troubling incident, as I believe they should.”

Tweeden wrote that her confession was inspired by the wave of women sharing their experiences with sexual assault in the wake of the Harvey Weinstein scandal, and that she hopes sharing her story will make other women feel comfortable enough to do the same. Weinstein has denied any allegations of non-consensual sex.

“While debating whether or not to go public, I even thought to myself, ‘So much worse has happened to so many others, maybe my story isn’t worth telling?’ But my story is worth telling,” she wrote. “Not just because 2017 is not 2006, or because I am much more secure in my career now than I was then, and not because I’m still angry. I’m telling my story because there may be others.” 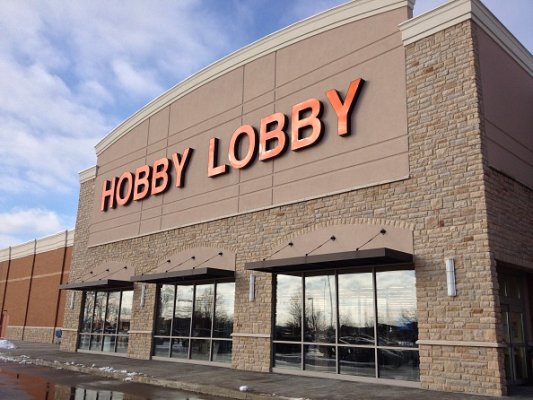 Hobby Lobby President Says Roy Moore Should Step Aside 'If It Is True'
Next Up: Editor's Pick