What Makes a Genius? The World's Greatest Minds Have One Thing in Common

Isaacson, a former editor of TIME, is writing a biography of Elon Musk.

Being a genius is different than merely being supersmart. Smart people are a dime a dozen, and many of them don’t amount to much. What matters is creativity, the ability to apply imagination to almost any situation.

Take Benjamin Franklin. He lacked the analytic processing power of a Hamilton and the philosophical depth of a Madison. Yet with little formal education, Franklin taught himself to become the American Enlightenment’s best inventor, diplomat, scientist, writer and business strategist. He proved, by flying a kite, that lightning is electricity, and he invented a rod to tame it. He devised clean-burning stoves, charts of the Gulf Stream, bifocal glasses, enchanting musical instruments and America’s unique style of homespun humor.

Albert Einstein followed a similar path. He was slow in learning to speak as a child–so slow that his parents consulted a doctor. The family maid dubbed him “der Depperte,” the dopey one, and a relative referred to him as “almost backwards.” He also harbored a cheeky rebelliousness toward authority, which led one schoolmaster to send him packing and another to amuse history by declaring that he would never amount to much. These traits made Einstein the patron saint of distracted schoolkids everywhere.

But Einstein’s contempt for authority also led him to question received wisdom in ways that well-trained acolytes in the academy never contemplated. And his slow verbal development allowed him to observe with wonder the everyday phenomena that others took for granted. “The ordinary adult never bothers his head about the problems of space and time,” Einstein once explained. “But I developed so slowly that I began to wonder about space and time only when I was already grown up.” So it was that in 1905, while he was toiling away as a third-class examiner in the Swiss patent office after graduating fourth out of the five students in his class at the Zurich Polytechnic, Einstein revolutionized our understanding of the universe by coming up with the two pillars of contemporary physics: relativity theory and quantum theory. And he did so by rejecting one of the basic assumptions that Isaac Newton made at the beginning of The Principia, that time marches along, second by second, irrespective of how we observe it. Today Einstein’s name and likeness–the wild halo of hair, the piercing eyes–are synonymous with genius.

Then there’s Steve Jobs. Much like Einstein, who would pull out his violin to play Mozart when he was stymied in pursuit of theories (he said it helped him reconnect with the harmonies of the cosmos), Jobs believed that beauty mattered, that the arts, sciences and humanities should all connect. After dropping out of college, Jobs audited classes on calligraphy and dance before seeking spiritual enlightenment in India–which meant that every product he made, from the Macintosh to the iPhone, had a beauty that was almost spiritual in nature, unlike the products of his competitors.

Studying such people led me to Leonardo da Vinci, who I believe is history’s greatest creative genius. Again, that doesn’t mean he was the smartest person. He did not have the superhuman theoretical brainpower of a Newton or an Einstein, or the math skills of his friend Luca Pacioli.

But he could think like an artist and a scientist, which gave him something more valuable: the ability to visualize theoretical concepts. Pacioli may have extended Euclid’s theories to produce influential studies on mathematical perspective and geometric proportions. But da Vinci’s illustrations–of rhombicuboctahedrons and dozens of other multifaceted geometric shapes–brought it to life, which was ultimately more important. Over the years, he did the same thing for geography (through the aerial three-dimensional maps he drew for warlord Cesare Borgia), anatomy (through his memorable drawings of Vitruvian Man and a fetus in the womb) and more–all while creating some of the world’s greatest works of art.

Like Franklin, da Vinci was largely self-taught. He was born out of wedlock, which meant that he could not follow in the family tradition of being a notary and was not eligible to attend one of the “Latin schools” that taught the classics and humanities to well-groomed young men of the early Renaissance. And like Einstein, da Vinci had a problem with authority. He often seemed defensive about being an “unlettered man,” as he dubbed himself with some irony, but had little patience for the “foolish folk” who thought less of him. “They strut about puffed up and pompous, decked out and adorned not with their own labors, but by those of others,” he wrote in one of his notebooks.

So it was that da Vinci learned to challenge conventional wisdom, ignoring the dusty scholasticism and medieval dogmas that had accumulated in the millennia since the decline of classical science. He was, by his own words, a disciple of experience and experiment–“Leonardo da Vinci, disscepolo della sperientia,” he once signed himself. That approach to problem-solving was nothing short of revolutionary, foreshadowing the scientific method developed more than a century later by Francis Bacon and Galileo Galilei. And it elevated da Vinci beyond even the smartest of his peers. “Talent hits a target that no one else can hit,” wrote the German philosopher Arthur Schopenhauer. “Genius hits a target no one else can see.”

Like Einstein, da Vinci’s most inspiring trait was his curiosity. The thousands of pages of his notebooks that survive sparkle with questions he listed to pursue. He wanted to know what caused people to yawn, how they walked on ice in Flanders, methods for squaring a circle, what makes the aortic valve close, how light was processed in the eye and what that meant for the perspective in a painting. He instructed himself to learn about the placenta of a calf, the jaw of a crocodile, the muscles of a face, the light of the moon and the edges of shadows. “Describe the tongue of the woodpecker,” he wrote in one of my favorite entries. Da Vinci’s grand and noble ambition was to know everything there was to know about everything that could possibly be known–including our cosmos, and how we fit in.

Much of his curiosity was applied to topics that most of us have outgrown even noticing. Take the blue sky, for example. We see it almost every day, but not since childhood have most of us stopped to wonder why it is that color. Da Vinci did. He wrote page after page in his notebook exploring how the scattering of light by water vapor creates various misty or vibrant shades of blue. Einstein puzzled over that question too: building on Lord Rayleigh’s work, he worked out the mathematical formula for light-spectrum scattering.

Da Vinci never stopped observing. When he visited the moats surrounding Milan’s castle, he looked at the four-wing dragonflies and noticed how the wing pairs alternated in motion. When he walked around town, he tracked how the facial expressions of people talking related to their emotions. When he saw birds, he noted which ones moved their wings faster on the upswing than on the downswing, and which ones did the opposite. When he poured water into a bowl, he watched how the eddies swirled.

Much like Franklin–who sailed for England as a teenage runaway and later measured the temperature of the ocean currents, thereby becoming the first person to chart the Gulf Stream accurately–da Vinci could not resist chasing and studying whirlwinds of air when he was out on a ride.

Those observations led him to create some of his most brilliant strokes of art, from the ripples of the River Jordan around the ankles of Jesus in the Baptism of Christ to the disturbingly powerful Deluge drawings. He was also the first person to explain how the eddies of blood from the heart cause the aortic valve to close. And his drawing of Vitruvian Man–a work of anatomical exactitude combined with stunning beauty–became the preeminent icon of the connection of art and science.

Some people are geniuses in a particular field, like Leonhard Euler in math or Wolfgang Amadeus Mozart in music. But to me the most interesting geniuses are those who see patterns across nature’s infinite beauties. Da Vinci’s brilliance spanned multiple disciplines. He peeled flesh off the faces of cadavers, delineated the muscles that move the lips and then painted the world’s most memorable smile. He studied human skulls, made layered drawings of the bones and teeth and conveyed the skeletal agony of St. Jerome in St. Jerome in the Wilderness. He explored the mathematics of optics, showed how light rays strike the cornea and produced magical illusions of changing visual perspectives in The Last Supper.

There have been, of course, many other insatiable polymaths, and the Renaissance produced other Renaissance men. But none painted the Mona Lisa, much less did so at the same time as producing unsurpassed anatomy drawings based on multiple dissections, coming up with schemes to divert rivers, explaining the reflection of light from the earth to the moon, opening the still-beating heart of a butchered pig to show how ventricles work, designing musical instruments, choreographing pageants, using fossils to dispute the biblical account of the Deluge and then drawing a deluge. Da Vinci was a genius, but not simply because he was smart. He was, more important, the epitome of the universal mind, the person most curious about more things than anyone else in history.

Isaacson, a former managing editor of TIME, is the author of Benjamin Franklin: An American Life, Einstein: His Life and Universe, Steve Jobs and Leonardo Da Vinci, from which parts of this piece are adapted 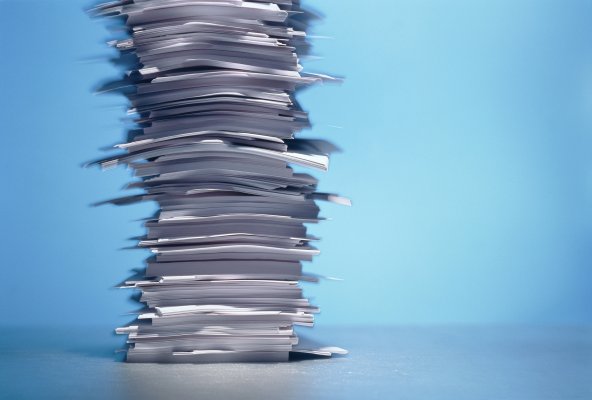