It’s hard to beat the riotous good fun of a truly bad movie, and few bad movies are quite as historic as Tommy Wiseau’s 2003 film The Room. The movie–written, directed, starring and produced by the eccentric Wiseau, on a reported $6 million budget–has earned cult status as one of the greatest worst movies ever made. Now James Franco and his brother Dave have immortalized it in The Disaster Artist. The meta-movie stars James as Wiseau and Dave as Greg Sestero, who appeared in The Room and wrote, with Tom Bissell, the book that serves as the film’s source material.

You don’t have to be a movie buff to appreciate a story about the movie business, but The Disaster Artist is more than that. It’s a film about the foolhardy pursuit of the American Dream, and the delusional confidence required to think you can make it anywhere, especially in Hollywood. Somehow The Disaster Artist manages to be affectionate with its goofy subject where it just as easily could have been mean-spirited. And it’s the brothers Franco, working together professionally for the first time, who give the film its irresistible crackle. They spoke with TIME about re-creating the magic of The Room.

TIME: How would you explain The Room to someone who’s never seen it?

James: On its surface, it’s a very simple story about an “all-American guy” with a job and a girlfriend and a best friend who is betrayed by all of them. But for Tommy, it was an incredibly personal expression of his feeling of betrayal by the world and everyone in his life. People love to laugh at this thing. But it’s special in the pantheon of bad movies because it is so personal and because there’s so much passion underneath it.

Dave: As opposed to other bad movies–like Sharknado, which knows it’s a B movie, and everyone involved knew they were making something silly–with The Room, Tommy was trying to make an earnest drama that would win awards. There’s something really beautiful about that.

But it didn’t win awards, right?

James: On the poster, he put: a Tennessee Williams–level drama. So that’s how he went into it. When it came out and people laughed at it, Tommy capitalized on that. Maybe it was gradual but eventually he came around. He actually added a line to the poster: An enjoyable black comedy.

Dave: He understands why it’s become a cult movie. That being said, he’s still able to do these mental gymnastics where he maintains that he’s one of the greatest directors of all time.

James: I think he wanted success and to be an artist and to express himself, but also, I think he just wanted a family. And he has that now. By embracing the unexpected response, he’s gotten that.

How did he react to your movie?

James: When we premiered the movie at South by Southwest, it was like a rock concert. It was the first time Tommy had seen the movie. It was weird for us because we didn’t know how he’d react, and during the movie he wasn’t laughing, really. But then the whole audience started cheering and Tommy stood up, and I realized this was the first time Tommy had ever heard applause that wasn’t ironic, that was completely in support of him and his story.

Dave: That was the intention of our movie. We never set out to make fun of Tommy or The Room. On the contrary, we wanted to celebrate him and everyone who goes after their dreams and doesn’t take no for an answer. When people were applauding him, that’s what they were applauding.

Why has it taken so long for the two of you to work together on a project?

Dave: When I was first starting out, at every audition and meeting, they wanted to talk to me about my brother. And I understood that. But I didn’t want to be referred to as James Franco’s little brother for the rest of my life. So I made a conscious decision to carve my own path and separate myself from him in work. And then after a while it got to the point where I said, “F-ck it. He’s my brother. I love him. I respect him. And we have similar sensibilities.” And on top of that, it felt like the right project and the right dynamic between our characters. In the end it was one of the most rewarding experiences I’ve had on set. [To James] I don’t think I’ve even told you this, but as we’ve been spending more time together, there’s at least one time every day where as I’m about to say something, you say the exact same thing right before I say it. We very much share one brain.

James: Once a day?

Dave: I swear to God. At least once a day.

What was it like for you, James, to work with your brother?

James: We had a great dynamic. You know, growing up, I was the older brother. So my impression of our upbringing is that I was the brooding one. I had different pressures. Our parents were learning how to be parents with me. Davey’s seven years younger, so by the time they got to him it seemed like everything was easy, and he had a seemingly very playful relationship with our parents.

Dave: They were just tired and didn’t have the energy to discipline me.

James: My impression was always that Dave was happy-go-lucky. Had a lot of friends, homecoming king, all that stuff. And I thought, I’m the guy who works really hard and went to acting school for way too many years.

Dave: You’re making it seem like my path was very easy.

James: It seemed like it! Anyway, when we got to set, I try to establish a relaxed energy, and Dave was just such a perfectionist. I thought I was the one who had to work really hard and overdo everything–and that’s not to say that’s what he did–but he was much more of a perfectionist than I’d remembered in my easygoing younger brother.

Dave: I’ve realized this about myself recently. When it comes to work I’m very type A.

There’s so much humor in this film but also a surprising amount of pathos for what looks like an oddball comedy.

Dave: We thrive when you put us in a bizarre scenario and we play it as real as possible and let the humor come from that. When we first started this movie, we were trying to find movies to compare it to, and from the beginning we wanted the tone of Boogie Nights, where it’s a bunch of strange characters in crazy situations but everyone’s playing it like human beings.

Do people need to see The Room before they see The Disaster Artist? 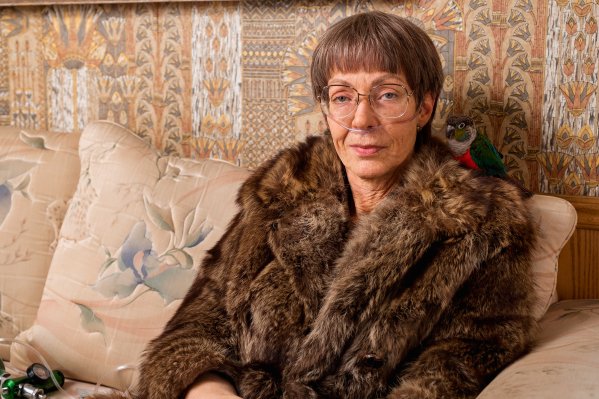 Allison Janney’s New Favorite Co-Star is a Bird
Next Up: Editor's Pick