Dale Earnhardt Jr. Is Going Out on His Own Terms

NASCAR is not the first place one would look to find a voice of the resistance. Yet after Donald Trump railed against NFL players’ kneeling during the national anthem, the biggest name in the sport took to Twitter with a rebuttal. “All Americans R granted rights 2 peaceful protests,” Dale Earnhardt Jr. posted, adapting a John F. Kennedy quote to 140 characters. “Those who make peaceful revolution impossible will make violent revolution inevitable.”

This was not exactly a popular sentiment among a fan base that tracks closely with the voting bloc that put the President in office. Indeed, Richard Petty, a former NASCAR star and current team owner, said the protesting players “ought to be out of the country. Period.” But Earnhardt, 43, has long been willing to take stands at odds with racing’s core supporters. In 2015 he spoke out against the Confederate flag, which many fans fly atop their RVs at races. Earlier this year, after Trump barred people from seven Muslim-majority countries from entering the U.S., Earnhardt tweeted that his family came from Germany in the 1700s to escape religious persecution.

“I just thought it was important to remember that this country was built on the hard work of a lot of people who came from overseas,” Earnhardt tells TIME in an interview ahead of his final career race, on Nov. 19 at Homestead-Miami Speedway. His support for the right to protest was rooted in a similar perspective. “I just don’t want to be quick to judge someone who wants to raise awareness,” Earnhardt says. “You have to be open-minded and compassionate.”

That Earnhardt says this while remaining NASCAR’s marquee star speaks to his skill on the track, personality off of it and a family legacy like no other. The grandson of NASCAR pioneer Ralph Earnhardt and son of Hall of Fame driver Dale Earnhardt Sr., who died in a crash at the 2001 Daytona 500, he acknowledges inheriting much of his appeal. “I’ll put it to you straight,” Earnhardt says. “My dad was very popular, so there’s no denying that when I came into the sport I had a lot of fans automatically because of his notoriety and celebrity.” Thanks in part to his everyman demeanor, Earnhardt expanded that fan base despite never winning a championship. The same fans who may disagree with his views have voted Earnhardt the sport’s most popular driver for 14 years running. This year will be the last: Earnhardt is retiring after 19 years on NASCAR’s top circuit, with 26 career wins, including a pair of Daytona 500s.

Losing Earnhardt will be a blow for NASCAR at a fraught moment (though he’ll stay involved and is joining NBC’s racing coverage). In recent years stock-car racing has suffered ratings and attendance declines. Viewership for an Oct. 8 playoff race, for example, was down 44% from 2014, according to Sports Media Watch, and admissions revenue for the International Speedway Corp., which owns a dozen NASCAR tracks, fell 47% between ’05 and ’16.

Earnhardt says his decision was made easier by a concussion suffered in a wreck in June. He missed 18 races and had symptoms like blurry vision and a lack of balance. “You get a concussion and forget your keys–you wonder if it has anything to do with your head,” Earnhardt says. “You self-analyze everything. You’ve got that in the back of your mind, and you can’t get rid of it.” Earnhardt has said he will donate his brain to concussion-related research.

Retirement is well-timed: he and his wife are expecting their first child, a girl, in May. Earnhardt says he hopes his daughter passes on the family trade. “Following in my dad’s footsteps was really a challenge,” he says, adding that he would support her if she wanted to become the fourth generation on the track. He would be uniquely equipped to help. “I don’t have the statistics that live up to my father,” says Earnhardt, whose dad won seven championships. “There’s only one him. So you’ve got to enjoy who you are, love yourself and be proud of what you can accomplish. That’s just the only way to go.” 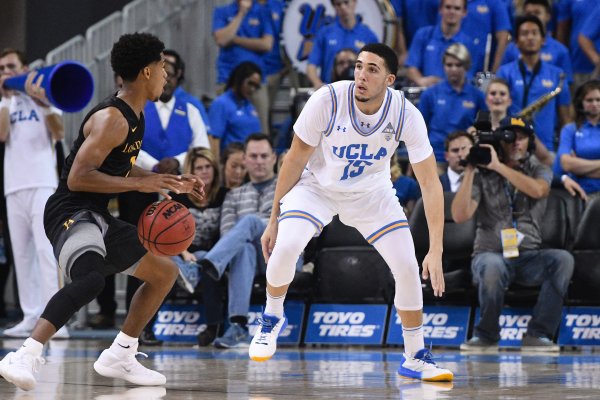 UCLA Players Apologize for Shoplifting in China and Thank President Trump for Helping Secure Their Release
Next Up: Editor's Pick