The president stopped his speech because he wanted some water during his first public statement since his return from Asia Wednesday causing a massive eruption of hot takes on Twitter.

“They don’t have water, that’s O.K.” he said rolling with the punches. Suddenly, an aide appeared to tell him there was a bottle for him offscreen. He then unscrewed the cap of a Fiji water bottle and took a long refreshing sip before continuing to tout business news.

People immediately had fun with the human moment. Why would anyone care if he needed a sip anyway?

Well, Trump poked fun at Marco Rubio for doing the same back during his State of the Union response in 2013.

Immediately in on the joke, Rubio fired off a response to the fact that thirst comes for us all.

Others just reacted to the water break.

Wikipedia editors were swiftly on the case to declare the natural water brand Trump’s official drink of choice.

You can watch the livestream of Trump’s speech here. 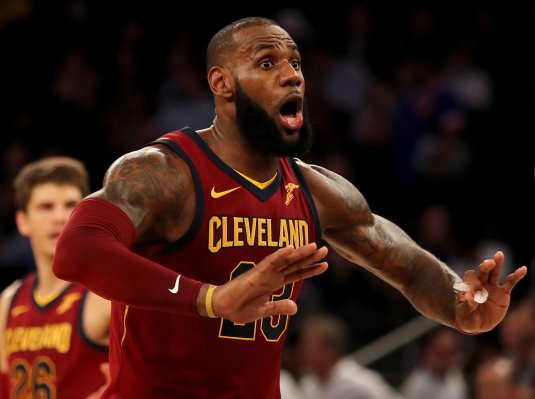 LeBron James and the Cleveland Cavaliers Are Trolling the NBA With These Viral Arthur Memes
Next Up: Editor's Pick