We Knew Roy Moore Was Odious Long Before New Allegations

Republican candidate for U.S. Senate Judge Roy Moore speaks in Jackson, Ala. on Nov. 14, 2017.
Jonathan Bachman—Getty Images
Ideas
By Robin Dembroff
Dembroff is an Assistant Professor of Philosophy at Yale University, a Public Voices Fellow with the OpEd Project and a graduate of Biola University

Roy Moore stands accused of making sexual advances on five teenage girls, including molesting a 14-year-old and 15-year-old. This story has rightfully swamped coverage of Alabama’s upcoming special election, where Moore is the Republican candidate for Senate. While we should be shocked and horrified, let’s not forget that Moore was shocking and horrifying even before these allegations.

Not for his own imprisonable offenses — though the hypocrisy is thick. No, let’s not forget Roy Moore’s repeated and firm insistence that millions of Americans, including myself, belong in prison simply for being gay. He made this plain when he told CSPAN’s Bill Press that “homosexual conduct” is equivalent to bestiality, and should be criminalized.

If given the opportunity, what would I say to Roy Moore? I could remind him that, though his own alleged behavior has been called “nothing immoral or illegal” by an Alabama state auditor, it in fact is both immoral and illegal. Or perhaps I could tell him that my “gay agenda” is to get my laundry done, and my morning “homosexual conduct” is drinking coffee and responding to emails.

It’s tempting to parse what it means that Roy Moore hates me. But, in fact, he can’t even see me. If I approached him at a campaign rally or an Alabama football game, he would probably only project the imaginings of his ilk, the same tired anti-gay myths of destroyed families, unfit parents and child abuse.

I know Moore’s ignorance because I have lived with it. I came out in my twenties after being homeschooled in an Evangelical family and attending bible college. Why did I wait so long? The easy story would be that I was scared, or I was brainwashed into loathing my own sexuality.

But that story is false. I didn’t wait — I didn’t know. The only alternative concept of sexuality available to me had no place for female sexuality, much less for the complex, rewarding relationships that actually exist among LGBTQ persons.

I was exposed only to a false and hostile concept of gayness. This bigotry thinly veiled as social categorization left me without words or concepts to understand or articulate my experiences. I could not see a world where my values co-existed with anything other than heterosexuality. Since I was not heterosexual, this meant that I could not see myself. I have no doubt that this skewed understanding of sexuality within Evangelicalism is Roy Moore’s understanding.

If Moore’s comparison between homosexuality and bestiality reveals one thing, it is that Roy Moore has a serious case of what I call “straight ignorance.” Straight ignorance is epistemic handcuffs. It is an ignorance that prevents someone from understanding gay people’s identities and experiences.

Straight ignorance presupposes that heterosexuality is the cultural gold standard. Heteronormative practices, values and habits are the lens through which everything is seen — a lens hidden under loaded concepts like ‘natural’ and ‘normal’, even ‘Biblical’. What’s more, this lens is aggressively maintained. Just observe the fact that while Moore calls loving, consensual LGBTQ relationships “bestial,” his own alleged sexual assault of a 14-year-old was likened to the Biblical story of Joseph and Mary. Consider that, while Evangelicals like Larry Tomczak denounced Ellen DeGeneres for getting married, 37% of those same Evangelicals are more likely to support Moore following the sexual misconduct allegations. See the desperation coating every section of the recently released Nashville Statement, a declaration created by Evangelicals that repeatedly attacks LGBTQ people in the name of natural order and divine design.

Straight ignorance means seeing monogamous, heterosexual marriage as unremarkable, but polyamory as bizarre. It means never questioning one’s own gender, but being puzzled or even disgusted by a bearded person wearing a dress. It means never thinking twice about holding your partner’s hand in public or walking into a bathroom.

Poet Lauren Zuniga describes first hearing the word “heteronormative” as being “handed a corkscrew after years of opening the bottle with [her] teeth.” This also was my experience. But I suspect Roy Moore won’t overcome straight ignorance so easily. Is there any cure for Moore’s ignorance? Only if he is willing to accept that he’s all wrong about the ten million Americans he has condemned. And instead of calling us monsters, he should look for the monsters within. 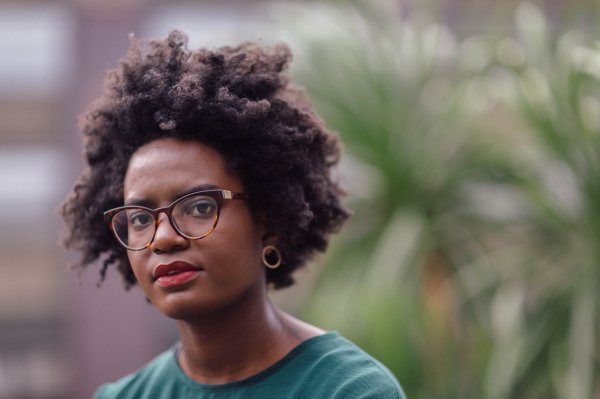 Reni Eddo-Lodge on the Underplayed Realities of Racism In the U.K.
Next Up: Editor's Pick