Apple Design Chief Jonathan Ive on the iPhone X: We Had to Solve ‘Extraordinarily Complex Problems’

Apple helped bring personal computers into the home with its early Macs, revolutionized the way we listen to music with the iPod, and put a supercomputer in everyone’s pocket with the iPhone. In 2017, the Cupertino, Calif. company came for the smartphone—again —with its iPhone X, one of TIME’s 25 Best Inventions of the Year.

It’s the biggest change Apple has made to the iPhone in years, and a necessary one for the world’s most valuable brand. Apple still makes the lion’s share of profits in the smartphone industry: Strategy Analytics estimates that Apple made up 70% of global smartphone operating profit share during the third quarter of 2017. But over the past few years its iPhones have received mostly incremental upgrades, such as faster processors, camera improvements, and water resistance. Meanwhile, Android phone-makers were busy experimenting with more exciting concepts like borderless screens and designs that are meant to be future-proof.

The iPhone X, with its edge-to-edge glass and facial recognition system, will undoubtedly be seen as a response to critics who periodically question Apple’s capacity to innovate. (It’s also pronounced “iPhone 10.”) But the iPhone X is less about answering those immediate questions—whether the phone will outpace rivals like Samsung and yield blockbuster sales amidst reports of production issues. Apple executives say the iPhone X is about charting a course for where Apple’s products are headed. “This phone really sets us up well for the next 10 years,” says Dan Riccio, Apple’s senior vice president of hardware engineering.

Getting there will mean letting go of some of the things we’ve gotten used to about our smartphones. To make the iPhone X’s screen as expansive as possible without enlarging the phone itself, for instance, Apple had to get rid of the home button. “There were these extraordinarily complex problems that needed to be solved,” says Jonathan Ive, Apple’s chief design officer.

Among those challenges was deciding how exactly to replace a button that all iPhones have had in common for the last ten years. Cutting that circular key from the iPhone X’s design meant Apple had to rethink how to execute basic tasks like unlocking the phone, pulling up Siri and launching Apple Pay, among other actions. Since there’s no home button, Apple implemented a series of swipe gestures into the iPhone X’s software for navigating its interface. But getting there isn’t always easy. When Apple designers get stumped on how to solve a given problem, they look to the past for guidance. “Paying attention to what’s happened historically actually helps give you some faith that you are going to find a solution,” says Ive, a soft-spoken 50-year-old Englishman. “Faith isn’t a surrogate for engineering competence, but it can certainly help fuel the belief that you’re going to find a solution. And that’s important.”

Apple has an affinity for moving away from legacy technologies before the world may be ready to abandon them. The decision to axe the round button below the iPhone’s screen comes after Apple eliminated the 3.5mm headphone jack on last year’s iPhone 7. Back in 1998, Apple was among the first computer makers to ditch the floppy drive.

How does Apple decide when it’s time to move on? It’s not a decision to get rid of an existing technology as much as it’s a willingness to accept that what’s familiar isn’t always what’s best. “I actually think the path of holding onto features that have been effective, the path of holding onto those whatever the cost, is a path that leads to failure,” says Ive. “And in the short term, it’s the path the feels less risky and it’s the path that feels more secure.”

He’s not wrong: Some felt so strongly about Apple’s choice to remove the headphone port last year that a petition to keep it circulated online. (It currently has more than 300,000 signatures.) Some iPhone X reviewers criticized the new navigational features Apple created to replace the home button. (Fast Company called the phone a “user experience nightmare,” Quartz’s reviewer lamented “the simplicity of pressing a button.”) Ive is aware of those consequences. “It’s not necessarily the most comfortable place to be in when you believe there’s a better way,” he admits. “[Because] that means moving on from something that has felt successful.”

Behind these changes and cuts, there is often some evidence of Apple’s fanatical attention to detail. Even if it sometimes comes at a price. For example, when the company nixed the headphone jack, it offered a $159 alternative in its AirPod wireless headphones, which pair with your phone instantly as soon as you open the earbuds’ case. Talking to Ive, it’s clear where this obsession with detail comes from. He says he not only considers the elements that users will immediately notice, such as the iPhone X’s Face ID, but also the ones that they won’t. “There are certain things that you’re very conscious of as a user, and other things that you’re aware of but subconsciously,” says Ive. “Perhaps the subconscious example is just the nature of the way the iPhone X’s display is integrated into the stainless steel and glass body.”

The iPhone X has marked several firsts for Apple’s smartphone besides being the first without a home button. It’s also the first iPhone with an OLED screen (which Android phone makers like Samsung have been using on their devices for years), and it’s the first iPhone to cost $999, making it just as expensive as a MacBook Air. To Ive, the logic is straightforward: better technology is simply more expensive. “As you would expect, there’s a financial consequence to integrating the sheer amount of processing power into such a small device,” he says.

Apple points to the iPhone X’s less expensive siblings, the iPhone 8 and 8 Plus as well as the other older smartphones it sells, as evidence that it understands not everyone is willing to pay $1,000 for a new phone. “Our goal is always to provide what we think is the best product possible, not always the lowest cost,” says Riccio.

When addressing the issue of price, Ive reminds me of how the world perceived the initial iPhone when it was unveiled in 2007. At the time, $500 was a high price for a smartphone. But that’s because Apple always perceived the iPhone as being more than a phone. Jobs famously introduced the device by calling it “an iPod, a phone, and an Internet communicator.” “People hadn’t necessarily experienced the product because there was the word ‘phone’ in the product name,” Ive says.

It’s fitting really that so much of a discussion of the iPhone X ends up being one about the original iPhone. After all, Apple has been open about the fact that its goal has been to create a device that’s entirely screen since day one. From there, thanks to a bounty of rumors and a few patent documents, it’s easy enough to imagine some future iPhone with a screen that wraps around its shell or a camera that can detect gestures. Ive and Riccio aren’t telling, except for to say that there’s a “clear vision” for what’s next from Apple. Or as Ive puts it, “This is just in some sense a completion of a chapter.” 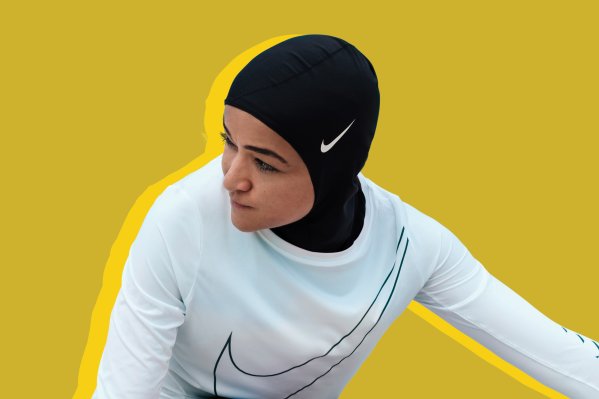