The alleged child molester or the Democrat? Alabama voters face that choice in a few weeks’ time, and it’s not clear which of those they’ll find more odious. There are several reasons to think Roy Moore, the Republican nominee who’s been accused of making sexual advances to teenagers, could lose the special Senate election scheduled for Dec. 12. But there’s one big reason to think he could still win.

Washington Republicans were always leery of Moore, a crusading Christian conservative who was twice elected to the Alabama supreme court—and twice booted off it for refusing to abide by higher courts’ rulings on the Ten Commandments and same-sex marriage. But the recent revelations that Moore “dated” girls as young as 14 when he was an unmarried local prosecutor in his 30s have sent the national GOP into a moral and political panic. Moore has denied the allegations by five women, including one who said that he assaulted her in a locked car when she was 16. In his defense, he said he didn’t recall “dating any girl without the permission of her mother.”

Alabama is an overwhelmingly Republican state where President Trump got 62% of the vote. But Moore is not as universally popular as his two election wins might suggest. He previously lost two Republican gubernatorial primaries, and in his last judicial election he got just 52% of the vote, under-performing that year’s GOP presidential nominee, Mitt Romney, by 9 points. Moore has a committed base of religious voters, particularly in rural Alabama. But when I traveled to the state earlier this year, I found many business-minded Republicans in suburban areas who disliked Moore’s disregard for legal authority and extreme positions on social issues. Some fretted that Moore validates the worst stereotypes outsiders hold about Alabamans as a bunch of barefoot, Bible-thumping rednecks. A GOP strategist following the race says private polling showed it within the margin of error even before the allegations of sexual impropriety.

The Republican National Committee and National Republican Senatorial Committee have cut ties with Moore—proof, he says, that he is a threat to the D.C. Establishment. But for all Moore’s bluster, his poorly funded, skimpily staffed campaign may struggle without institutional support. That happened in the 2012 Senate campaign of Missouri Republican Todd Akin, who lost the red state by 16 points after he said “legitimate rape” was unlikely to cause pregnancy and his backers bailed.

In the Akin race, many Republican voters decided they would rather elect a Democrat than someone they regarded as a misogynist. The question in Alabama is whether enough Republican voters will not only believe the accusations but find them serious enough to override partisanship. There’s evidence this can happen. The current Democratic governor of Louisiana, John Bel Edwards, won in 2015 after then-Sen. David Vitter acknowledged patronizing prostitutes. (That election is also proof Democrats can turn out to vote in off-year elections.) Even in the South, plenty of voters preferred a Democrat to a scoundrel.

There’s a big caveat that hangs over any post-2016 political analysis, however: Donald Trump. The President’s rise scuttled much of the old conventional wisdom about how voters behave. It revealed a change in the way religious-right voters judge the character of candidates. Six years ago, just 30% of white evangelical voters believed a candidate who acted immorally in private could still behave ethically in office, according to the Public Religion Research Institute. Asked again last fall, 72% thought candidates’ private morals were irrelevant.

What happened in between, of course, was Trump. White evangelical voters backed him by a huge majority in 2016, rationalizing his louche personal life and his boasts about sexually assaulting women in the Access Hollywood tape. Evangelical leaders like Jerry Falwell Jr. argued that God chose mysterious instruments to work His will, that immoral people could still govern morally and that the U.S. faced a spiritual crisis from which only Trump could deliver the nation.

Polls in Alabama show a close race, with neither candidate topping 50%. The Democrat Doug Jones is a well-credentialed former prosecutor who has begun airing ads about the Moore allegations. “There are plenty of Republicans in Alabama who don’t like Roy Moore,” says David Mowery, a Montgomery-based independent consultant. “Will they actually hold their nose and vote for a Democrat?” In the age of Trump, that’s a harder judgment than ever to make.

Correction: The original version of this story misstated the results of a survey by the Public Religion Research Institute. PRRI said that six years ago just 30% of white evangelical voters believed a candidate who acted immorally in private could still behave ethically in office compared to 72% who said the same last fall, not 72% six years ago and 30% last fall. 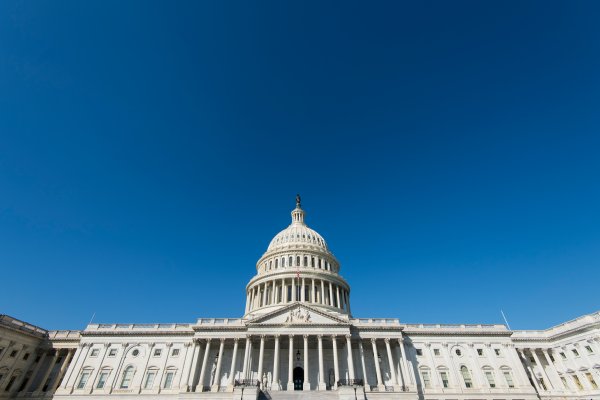 Can Congress Jail Witnesses Who Refuse to Cooperate?
Next Up: Editor's Pick