Three UCLA basketball players have apologized after returning home from China, where they were detained for shoplifting.

UCLA’s Steve Alford said the players, three of his biggest stars, will be suspended indefinitely from the Bruins.

Freshmen LiAngelo Ball, Jalen Hill and Cody Riley were in Hangzhou before a game with Georgia Tech as part of the Pac-12 China Game when they were accused of shoplifting from a Louis Vuitton store. They were briefly detained, but then released to their hotel and told not to leave.

President Trump reportedly intervened to secure their release, and on Wednesday morning, Trump tweeted that he doubted the basketball players thank him:

All three players did thank Trump during the press conference, with Cody Riley saying, “To President Trump and the United States government, thank you for taking the time to intervene on our behalf.”

Ball, whose brother Lonzo plays for the L.A. Lakers, said, “I’d like to start off by saying sorry for stealing from the stores in China. I didn’t exercise my best judgment, and I was wrong for that.” 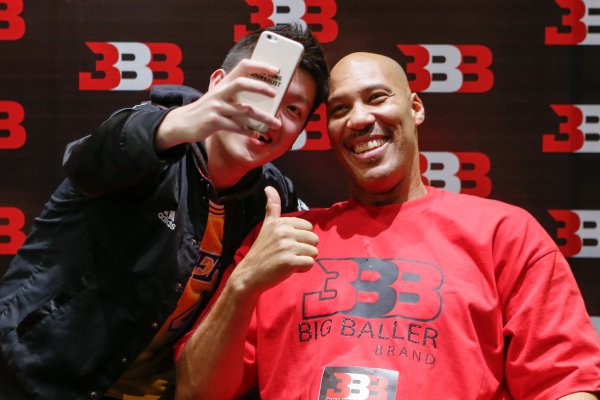 Donald Trump and LaVar Ball Really Do Deserve Each Other
Next Up: Editor's Pick