Another day, another surprise from Taylor Swift. This time, the Reputation singer popped by a local Target back in Nashville for an impromptu fan meet-and-greet, checking out the two magazines she put together for the launch of her album last week. (The magazines are filled with original writing and art by the star, plus physical copies of her CD and plenty of photos.)

As could be expected, Swift’s eager fans were pretty overwhelmed by the appearance of their favorite. She was accompanied by a number of her backup singers and dancers, as E! Online has pointed out. And as she shared in her Instagram Story, this wasn’t necessarily a one-off publicity play: the Target trip is actually something of a ritual for her. (She also has a longstanding contract with Target.)

“We always have this tradition of going to Target to buy the album,” she narrated on the social media posts. “We’re gonna go do that. She’s not, are you?” she adds, speaking to her cat. Snapshots of fans give some context to the visit.

“I’m freaking out,” one girl says while on the phone. Others FaceTime in their die-hard friends or relatives. One is aptly wearing a Taylor Swift t-shirt; another conjures up a picture of him and Swift from years back. “This is us on the Fearless tour,” he explains, referencing her shows back in 2009 and 2010. “Look at us, we were babies!” she coos.

“Hi, how’s it going? You can talk to me if you want,” Swift can be heard asking another shopper, while one of Swift’s Target run companions adds: “She’s a normal person, I swear.” Then again, most normal people don’t break album sales records. 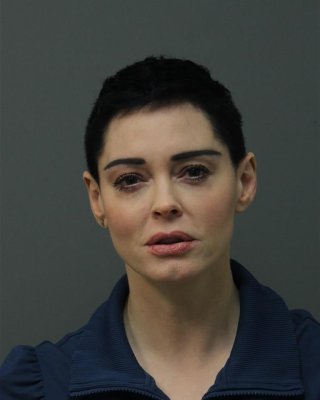 Rose McGowan Arrested on a Felony Drug Warrant
Next Up: Editor's Pick