'I Have Never Felt More Emasculated.' Terry Crews Opens Up About Allegedly Being Groped

A month after alleging in a series of tweets that he had been groped by an unnamed Hollywood executive, Terry Crews shared details about the incident and identified Hollywood agent Adam Venit as his alleged assailant.

During an interview with Good Morning America on Wednesday morning, the actor and former football player said that Venit, one of the senior talent agents at William Morris Endeavor, touched his genitals at an industry party in February 2016.

“I’m looking at him and he’s basically staring at me, and he’s sticking his tongue out — just overtly sexual kind of tongue moves… He comes over to me. I stick my hand out and he literally takes his hand and puts it and squeezes my genitals,” Crews said. “I have never felt more emasculated, more objectified. I was horrified.”

Earlier this month, Crews filed a police report, which the Los Angeles Police Department is investigating, and dropped WME as his agency. Variety reported that Venit was on leave from the company pending an investigation into Crews’ allegations. Venit and a spokesperson for WME did not immediately respond to TIME’s request for comment.

Crews said Wednesday that he immediately told comedian Adam Sandler, who was represented by Venit, about the encounter. Sandler’s spokesperson did not immediately respond to TIME’s request for comment. Venit has also represented Emma Stone, Diane Keaton, Steve Martin, Eddie Murphy and Brett Ratner, who also faces allegations of sexual harassment (which he has denied.)

Crews, who has appeared in White Chicks, The Expendables and Brooklyn Nine-Nine, said he didn’t plan on coming forward with his story until the public allegations against Hollywood mogul Harvey Weinstein prompted women to discuss their own experiences with sexual harassment and assault using the viral hashtag #MeToo.

“I will not be shamed. I did nothing wrong,” Crews said. “What kind of man would I be to tell my kids, ‘If someone touches you where you don’t want to, tell someone,’ if I’m not doing it myself?” 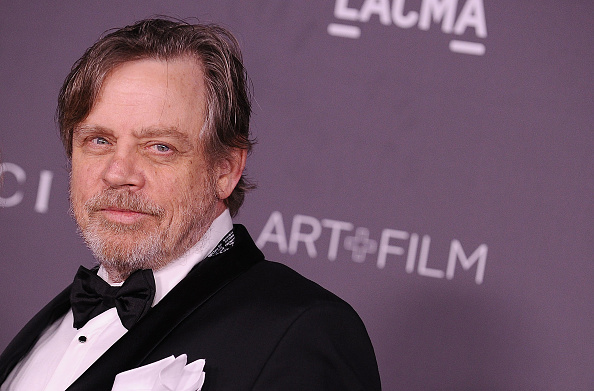