Police are investigating the case of a Texas State University student who was found dead on Monday morning after attending a fraternity event — an incident that has prompted the university to suspend all Greek life on campus.

Matthew Ellis, a Phi Kappa Psi fraternity pledge, was at an off-campus apartment Sunday night for an event hosted by members of a Texas State fraternity, according to a university press release. After receiving a call from his friends, police officers found Ellis unresponsive at the apartment shortly after 11:30 a.m. on Monday and were unable to revive him.

San Marcos Police Cmdr. Kelly Bomersbach said alcohol might have been a factor in Ellis’ death, but she said it was too early to consider if hazing was involved. “Any time a young person dies, it’s particularly tragic because they haven’t lived a full life,” she said at a press conference on Tuesday.

Ellis was a business major at Texas State, according to his Facebook profile and the University Star, the school’s student newspaper.

“As a result of this tragedy, I have suspended activities of all Greek fraternity and sorority chapters at Texas State,” University President Denise Trauth said in a statement on Tuesday, prohibiting all fraternities and sororities from holding any social events or chapter meetings “until a thorough review of the Greek Affairs system is completed.”

Ellis is the latest of several students to die after parties while pledging fraternities this year. 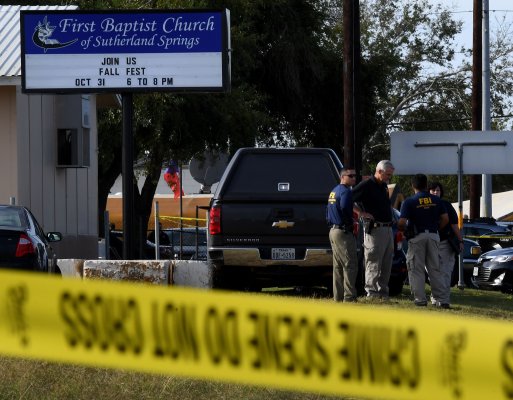 These Numbers Show Just How Devastating the Texas Church Shooting Was
Next Up: Editor's Pick