These Two Habits Make You Look Older, According to Science

Drinking heavily and smoking for years are well-known features of an unhealthy lifestyle. They can also make you look older, according to a new study.

In the new research, published in the Journal of Epidemiology & Community Health, a group of Danish researchers took advantage of a large database of health information involving more than 11,000 Danes in the Copenhagen City Heart Study. The people in the study were followed from 1976 to 2003 and provided information about their eating, smoking and drinking habits. They also agreed to several medical exams to measure signs of heart disease and aging. Tolstrup specifically looked at four hallmarks of aging, including the formation of a grey opaque ring around the cornea in the eye, earlobe creases, plaques on the eyelids and male pattern baldness.

These symptoms aren’t all superficial: Premature aging can be a sign of poor health and contribute to a higher risk of chronic diseases like heart problems.

“We wanted to study the signs of aging because they seem to have some kind of predictive value for how long your life is going to be on average,” says Janne Tolstrup, the study’s senior author and research director of the National Institute of Public Health at the University of Southern Denmark.

She found that excessive drinking — more than 28 drinks a week for women — was linked to a 33% higher likelihood of having the age-related grey rings around the cornea compared to women who drank fewer than seven drinks a week. Men had a similar increased risk. The risk of earlobe creases indicating aging was similarly 26%-36% higher among heavy drinkers than among light-to-moderate drinkers.

Heavy smokers also had a greater likelihood of developing the age-related eye rings compared to non-smokers.

The only aging indicator that was not clearly associated with drinking and smoking was male pattern baldness. Tolstrup says that isn’t a surprise, since hair growth is strongly genetic.

“What is interesting about the results is that we can see those signs with the eye, for example, very fast, whereas for things like high blood pressure or high cholesterol levels, we have to make advanced measurements to obtain them,” she says.

While it wasn’t surprising that heavy drinking and smoking were linked to higher likelihood of early signs of aging, she also found that people who drank and smoked at moderate levels did not show any more signs of aging than people who abstained. Some previous studies have suggested that alcohol might be beneficial for the heart and to lower risk of certain diseases, but Tolstrup says her findings should add to that debate over how much is healthy and where the threshold lies for excessive, unhealthy amounts of alcohol.

The results shouldn’t be interpreted to mean that people can start drinking and smoking at moderate levels, says Tolstrup. Other data show that any smoking can be harmful to health, and the studies on alcohol’s effect are still being debated. Still, Tolstrup’s results do not contradict general advice that light moderate drinking doesn’t hurt. People shouldn’t expect huge health benefits from imbibing, but at least it doesn’t seem to harm their health — or their appearance — in a significant way. 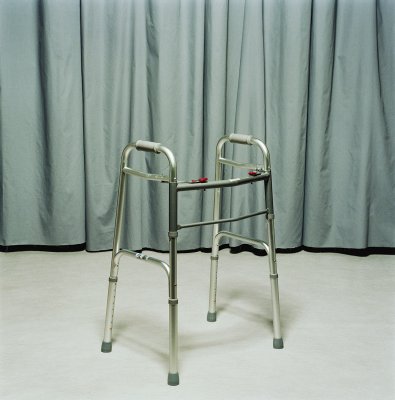 There's No Such Thing As 'Old Age' Anymore
Next Up: Editor's Pick