Two hours before Grace VanderWaal’s first big headline show in New York City, her fans are lined up around the block outside the Irving Plaza theater, huddled up against the mid-November chill. The age range is wide: kids in braces and sneakers mingle with older adults, mostly there as chaperones.

Inside, VanderWaal — all of 13 years old, and just one year into her career as a folk-pop superstar — is warming up onstage for her soundcheck. This is a venue that’s hosted legendary stars like Paul McCartney and the Ramones; popular acts like SZA and Cam’ron are on this year’s winter roster. But none of that seems to faze VanderWaal, who’s jumping around onstage in Keds and a flowy dress, belting her heart out to her recent hit single “Moonlight.” Looking on from above are her mom Tina and pug Frankie, who’s outfitted in canine-friendly headphones.

VanderWaal first captured the attention of audiences — and judges Howie Mandel and Simon Cowell — on America’s Got Talent last year, where her ukulele strumming, distinctively raspy warble and precocious songwriting won her a national fandom and the season’s title, by a landslide. Since then, she’s signed to Columbia Records; released the acoustic-forward EP Perfectly Imperfect and a full studio album Just the Beginning; struck a deal with Fender guitars; and has been named to Billboard‘s “21 Under 21” and called out as a “Rising Star.”

But it’s only now that she’s starting to take the show on the road — all the while continuing in school as a more or less normal eighth grader at her home in Suffern, New York. Then again, most normal teens don’t have over two million Instagram followers. Most normal teens aren’t heralded as the “next Taylor Swift,” either.

“It’s whatever. All the artists I’ve been compared to — obviously, Taylor’s been the biggest — it’s a compliment,” she says of the popular comparison. “It never really affects what I do. I don’t really think about it unless I’m in an interview.” What she does think about is her performance. “I’m overthinking it,” she admits to her backing band during soundcheck after she says the timing of one take felt off.

After finishing up onstage, VanderWaal grabs a slice of pizza — cheese only — before plopping down on a swivel chair in the green room, one eye on Frankie in his cage. She’s fizzing with energy, clearly keyed up for the big show, but equally ready to reflect on her work and her big year.

“I never, like, dreamed of a New York stage,” she admits. “It’s surreal — absolutely overwhelming.” VanderWaal is just back from her kick-off show at L.A.’s legendary Troubadour, and she admits that the double life of school and stage musician is already taking its toll. “It’s ridiculously exhausting,” she emphasizes. So to get her headspace right, she listens to her pump-up songs — Cher Lloyd’s “Want U Back,” Beyoncé’s “Irreplaceable” and Demi Lovato’s “Sorry Not Sorry” are her current go-tos — and prays. And she’ll pet Frankie. Other than that, VanderWaal’s stage prep is minimal.

Today she woke up, finished school, tried to fix her hair (she’s eager for it to grow out), got dressed, put on a little powder “so I’m not crazy shiny in the lights.” She’s excited to finally be performing new material beyond the folksy ukulele ballads that first found her fans and viral fame with her America’s Got Talent audition. Besides the tour, what’s on VanderWaal’s mind is pretty normal preteen stuff: she wants her skin to clear up; she’s planning to redecorate her treehouse at home; and she loves school, especially after an ill-fated foray into online education. (“It was THE WORST,” she says.)

While VanderWaal admits that the songwriting process for Just the Beginning could be “awkward” at times as she adjusted to working with adults, she’s not the kind of singer who gets easily intimidated. “I definitely have confidence. Especially because I’m a woman, and especially because I’m really young,” she insists, noting that artists like Kesha have worked to help make the studio environment safer and more welcoming to young stars like her. “People are extra nice and extra open to all your ideas, because they want to make sure they’re not pinned as the mean producer or whatever,” she reflects. Plus, she’s not afraid of making mistakes. “You just have to keep going,” she says of songwriting, urging others to not be so self-critical. “Just be yourself. I’ve met so many people and seen so many online that are just trying to be this pop star. And honestly, they would probably be a lot more successful if they were just themselves, because people can sense that.”

Two minutes before her set’s start time, the chant begins: “We want Grace! We want Grace!” The theater is packed front to back with kids and adults. When VanderWaal takes to the stage — barefoot now — she’s accompanied by one of those deafening collective screams of preteen girls, the kind that powers pop idols and boy bands to stadium concert success. She runs through a mix of her older hits (the kids sing along over her ukulele chords) and the newer, more-produced tunes, plus a cover of Edward Sharpe and the Magnetic Zeros classic folksy “Home.”

“Don’t cry,” she implores one young girl in the front row at one point. At the end of the gig, after spending over an hour singing and dancing in her own exuberant fashion, VanderWaal seems spent. “Drink water, be zen and have an amazing rest of the night,” she tells the crowd as a send-off.

Back in the green room afterwards, she’s changed into an oversized sweatshirt and jeans. Label representatives, family and friends have all stopped by to give her well-wishes. VanderWaal is visibly upset she didn’t get to give a gift to one of her biggest fans at the show, a signed ukulele. But her dad promises they’ll have more chances to share prizes in future. Tonight, she’s headed to sleep — and to inhale steam for her vocal chords.

Tomorrow, Chicago for another show. Next year, high school. And then? As VanderWaal’s album title explains, this is just the beginning. 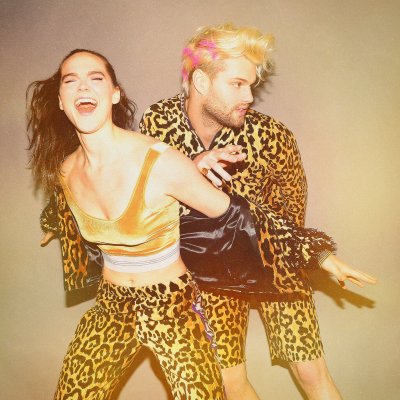