Millions of Americans believe in conspiracy theories — including plenty of people who you might expect would be smart enough to know better.

Despite mountains of scientific evidence to the contrary, at least 20% of Americans still believe in a link between vaccines and autism, and at least 37% think global warming is a hoax, according to a 2015 analysis. Even more of us accept the existence of the paranormal: 42% believe in ghosts and 41% in extrasensory perception. And those numbers are stable. A 2014 study by conspiracy experts Joseph Uscinski of the University of Miami and Joseph Parent of Note Dame University surveyed 100,000 letters sent to the New York Times and the Chicago Tribune from 1890 to 2010 and found that the percentage that argued for one conspiracy theory or another had barely budged over time.

Now, a study published online in the journal Personality and Individual Differences provides new insights into why so many of us believe in things that just aren’t true: In some cases, we simply want to believe.

In the first part of the two-part study, psychologists Thomas Ståhl of the University of Illinois at Chicago and Jan-Willem van Proojien of the Vrije Universiteit Amsterdam recruited 343 people online and had them complete surveys related to the so-called Importance of Rationality Scale (IRS) and the Morality of Rationality Scale (MRS). In the IRS test, they were asked to agree on a scale of 1 to 7 with a series of statements such as, “It is important to me personally to be skeptical about claims that are not backed up by evidence.” For the MRS, the survey included statements like, “Being skeptical about about claims that are not backed up by evidence is a moral virtue.” The people were also asked a number of questions designed to measure their Analytic Cognitive Style (ACS), which basically looks for how much they base conclusions on the presence of facts as opposed to on intuitive leaps.

Finally, the investigators asked the same participants to rate their belief on a 1 to 7 scale in several familiar conspiracy theories — the moon landings were faked, the government had advance warning of the 9/11 attacks — and in broader conspiracy statements such as, “There are secret organizations that greatly influence political decisions.” Belief in six different paranormal phenomena, including reincarnation and astrology, were measured the same way.

The second study was similar but also sought to correlate belief in conspiracy theories and the paranormal with overall cognitive ability. To determine this, the people answered a number of questions that measured their numeracy — or basic mathematical skills — and their language abilities.

Both studies pointed in more or less the same direction. High scores in cognitive style (the ACS) were associated with low scores in conspiracy or paranormal beliefs, no surprise since those participants rely on hard facts before reaching a conclusion. But the ACS itself wasn’t enough. People also had to score high in the Importance of Rational Thought (IRS) scale, suggesting that not only did they think rationally, but that they considered that fact an important personal quality. The MRS — the measure of rationality as a moral good — had less impact here.

“A likely explanation,” the researchers wrote, “is that the MRS primarily predicts social judgments and behaviors, but not privately held beliefs.” In the second study, cognitive ability did seem to play a role in making belief in the paranormal less likely, but only among people who also scored high on analytic style. The second study’s findings regarding conspiracy theories were less conclusive.

What’s most troubling — and a little mystifying — is the fact is that so many people in the studies score high on all of the rational and intellectual metrics and yet nonetheless subscribe to disproven theories. That’s the case in the real world too, where highly educated people traffic in conspiratorial nonsense that you’d think they’d reject. In these cases, the study concluded, the reason may simply be that they’re invested—emotionally, ideologically—in believing the conspiracies, and they use their considerable cognitive skills to persuade themselves that what’s untrue is actually true. If you want to believe vaccines are dangerous or that the political party to which you don’t belong is plotting the ruination of America, you’ll build yourself a credible case.

There’s a lesson here for all of us: It’s not enough just to have the ability to think analytically, but the inclination to do so too. A little more cold, rational thought may not only help us free ourselves from the silliness of conspiracies, but open us to new ideas. 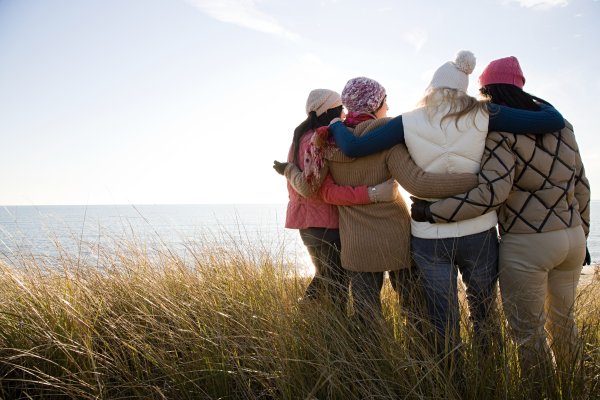 9 Ways to Get People to Like You Without Saying a Word
Next Up: Editor's Pick