3 Senators Suggested Expelling Roy Moore If He Wins. Here's How That Would Work

As allegations of sexual misconduct swirl around Alabama Senate candidate Roy Moore, at least three senators have suggested the body take steps to prevent him from serving if he does win the election.

Colorado Republican Senator Cory Gardner said in a statement on Monday that if Moore “refuses to withdraw and wins, the Senate should vote to expel him.” Retiring Sen. Jeff Flake of Arizona said the Senate should consider the idea of expulsion, while Republican Sen. Todd Young of Indiana tweeted that lawmakers should “act to protect the integrity of the Senate.”

The Senate does have the power to remove its own members. But it’s only been done 15 times in U.S. Senate history.

Article I, Section 5 of the United States Constitution says, “Each House [of Congress] may determine the Rules of its proceedings, punish its members for disorderly behavior, and, with the concurrence of two-thirds, expel a member.”

Read More: How Every Republican Senator Has Responded to the Roy Moore Scandal

Who has been expelled from the Senate before?

In other words, if Moore becomes a senator, the vote of two-thirds of his colleagues could kick him out. But of the 15 times this power has been used since 1789, 14 of those times have been on members charged with supporting the Confederacy during the Civil War.

In 1860, as states began seceding from the Union in the run-up to the Civil War, some Southern lawmakers began likewise withdrawing from the Senate. By July of the following year, the remaining senators debated what to do about Southerners who were absent but had not formally withdrawn. The Senate decided to expel them and thereby “deny here, on the floor of the Senate, the right of any State to secede,” wrote New Hampshire’s Daniel Clark. With that, the Senate expelled 10 members, and would add four more to the list over the course of the Civil War.

The only other time the Senate’s expulsion power has been used was in 1797, when William Blount of Tennessee was expelled for hatching a plan with Native Americans to attack Spanish Florida and Louisiana and give the territories back to Great Britain. A Senate committee deemed Blount’s behavior “entirely inconsistent with his public trust” and he was expelled.

These expulsions seem to fall in a different category than Moore. They were “all in the nature of high crimes, crimes against the nation, crimes against the state,” says Fergus Bordewich, historian and author of The First Congress. “Not something that embarrassed the member’s party, which is what this case boils down to.”

Five women have come forward and accused Moore of sexual misconduct decades ago, when he was in his 30s and they were teenagers. Moore has denied the accusations.

“It is hard because the Senate does not want to overturn the will of the electorate,” says Julian Zelizer, a history professor at Princeton University. “But in this case strong partisan incentives — the need to protect the reputation of a struggling party, especially with the baggage of Trump — might very well override those concerns.”

Could the Senate refuse to seat Roy Moore?

The same part of the Constitution that provides for expulsion also gives Congress the power to refuse to seat new members. Article 1, Section 5 also states, “Each House shall be the judge of the elections, returns and qualifications of its own members, and a majority of each shall constitute a quorum to do business; but a smaller number may adjourn from day to day, and may be authorized to compel the attendance of absent members, in such manner, and under such penalties as each House may provide.”

This means, in theory, that the Senate and the House can refuse to recognize election results. But the 1969 Supreme Court case Powell v. McCormack decided that only applies to people who don’t meet the constitutional requirements of age, citizenship or residency. Chief Justice Earl Warren wrote, “We hold that, since Adam Clayton Powell, Jr., was duly elected by the voters of the 18th Congressional District of New York and was not ineligible to serve under any provision of the Constitution, the House was without power to exclude him from its membership.”

This wouldn’t apply to Moore. So if he wins, the Senate’s only recourse to keep him out of the Capitol may be to revive a power last used successfully more than a century ago.

“It would definitely set a new precedent,” says Bordewich. “If Moore is elected and expelled, we [could] see many more cases of this type: people being hauled up under all kinds of accusations that have to do with personal misbehavior rather than crimes against the state.” 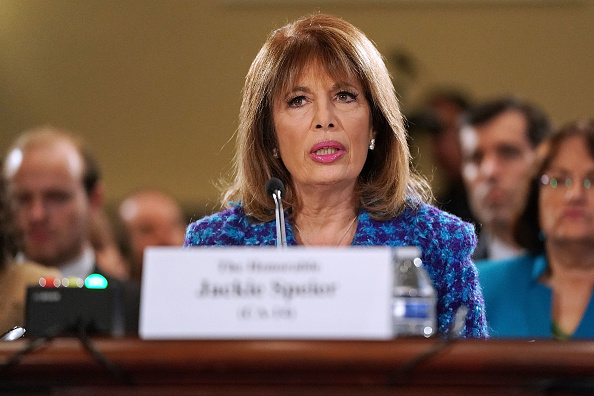