'Writers Believe in a Modern, Free Society.' How a Literary Festival Aims to Transform Bangladesh

People attend the Dhaka Literary Festival, launched at the Bangla Academy of the Dhaka University campus on November 20, 2015 in Dhaka, Bangladesh.
Barcroft Media—Barcroft Media via Getty Images
By Casey Quackenbush

In Bangladesh, where independent bloggers and journalists have increasingly become targets of violence, the Dhaka Literary Festival has become a symbol of defiance. Its message about the power of truth and art also serves as a respite in this South Asian country, which is facing a number of challenges. Saddled with poverty and struggling to prevent the spread of transnational terrorism, Bangladesh has also been plunged into the center of the world’s fastest-growing refugee crisis stemming from neighboring Myanmar.

The majority of Bangladesh’s roughly 163 million citizens are Muslim, though the country is officially secular. Nonetheless, it has seen an alarming rise in attacks on secular writers and intellectuals, sometimes claimed by affiliates of groups such as the Islamic State and al-Qaeda. At least nine journalists have been killed in Bangladesh since 2012, according to the Committee to Protect Journalists. In April 2016, a group of men posing as couriers murdered a Bangladeshi gay-rights activist, 35-year-old Xulhaz Mannan, who edited the country’s first LGBT magazine. Two months later, 20 hostages, all of them foreigners, were killed at a popular cafe-restaurant after heavily armed terrorists raided the venue in the Bangladeshi capital’s diplomatic quarter.

Despite the dangers of speaking freely, festival directors Sadaf Saaz, Ahsan Akbar, and Kazi Anis Ahmed will this week host the sixth iteration of the Dhaka Literary Festival, fearlessly celebrating Bangladesh’s rich literary tradition. With more than 70 speakers from 24 countries, it is expected to attract about 30,000 people. TIME spoke to Ahmed, festival co-founder and publisher of the Dhaka Tribune newspaper, about hosting the nation’s biggest literary event during difficult days.

What inspired you, five years ago, to found a literary festival in Dhaka?

Bangladesh has a rich literary heritage, but in recent times, our literary culture has been cut off from the scene. It’s really important to be in conversation with other cultures. That was the original impetus, that a literary festival would be really good for engaging with one another and hopefully unleash a new era of creativity here.

How would you describe the literary community in Bangladesh?

Traditionally the mainstream [in Bangladesh] has been a very progressive set — very secular and very supportive of free speech and free thinking — and that’s what’s so important about what they do. The Dhaka Literary Festival brings them new strength and inspiration and connects them to a wider world that shares those values.

What does this type of event mean for Bangladesh, a country where the values championed by your work, such as secularism and free speech, have increasingly come under attack?

This is a long-running battle that we, the progressives in this country, have had with the more extremist elements in our society for a long time, as far back as the 70’s [when Bangladesh fought a bloody war for independence from Pakistan]. But our writers have never given up and they’ve held their ground — they underscore the core values of what it mean to be Bangladeshi. Bangladesh was liberated in 1971 on the principle of secularism. [Bangladeshi] writers believe in a modern, free society. They deserve all the support that people can give them. This festival is one way that’s happening in a big way.

How have recent attacks on free speech shaped the conversation at the festival?

Two themes are constant: ambition and free speech. On the free speech front, when the [killing of five activists] happened in 2015, our event was in third week in November. In the 30 days leading up to it, we had 19 cancellations. It was a very strenuous time for us. But we forged ahead and had so many writers who were not deterred. To do the festival really made a statement and gave a lot of people courage. The festival has only grown since then.

Can you tell us if the Rohingya refugee crisis has had an impact on artists?

Yes definitely, it’s very much on our minds. We have truly one of the worst humanitarian calamities still unfolding on our border, so this year we are addressing it in several ways. We have invited many journalists and human rights experts, and we will be issuing a statement calling for global attention and global support.

Do you have a message for the bloggers, activists and writers who may be afraid to express themselves freely?

We have kept our stages open for the writers or bloggers who have been given specific threats or whose names are on lists. We never let that stop us from inviting them. A lot of them left the country and sort of went underground. But we are helping them come out and telling them you shouldn’t hide—you have something to say and you have a right to say it. I think that in a way is the most important thing and it has encouraged them to continue.

We have so many young outspoken op-ed writers now in progressive papers who come and take a stand and speak up in a way that hasn’t happened in some time. So I would say the festival has created a space for community and expression of solidarity. All of this has contributed to people holding their ground. 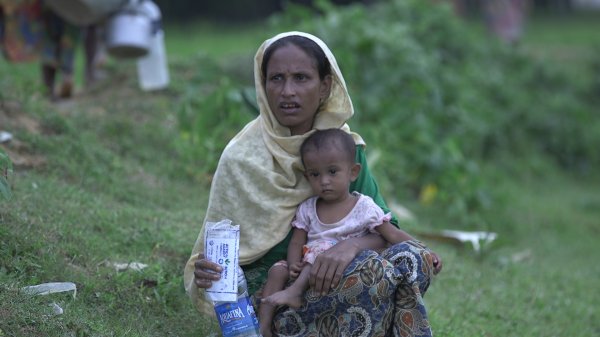