Sydney Harbour Bridge seen from Circular Quay at the Cahill Expressway, on May 3, 2017 in Sydney, Australia.
Steve Christo—Corbis via Getty images
By Casey Quackenbush

Australia’s biggest city Sydney asked the public to vote on a name for one of its new commuter ferries, and the results are in: Ferry McFerryface.

Names for a total of six new ferries will be chosen from among hundreds of nominations, according to the BBC.

The most popular choice follows a viral joke that began in the U.K. last year, when the public voted to name a polar research vessel Boaty McBoatface. Next, Sweden named a train Trainy McTrainyface. Ferry McFerryface will now join the ranks of the McFarce.

Advancing the joke has precipitated everything from mirth to outrage on social media.

“This one is for the kids,” conceded New South Wales transport minister Andrew Constance.

Australians submitted a total of 15,000 nominations. 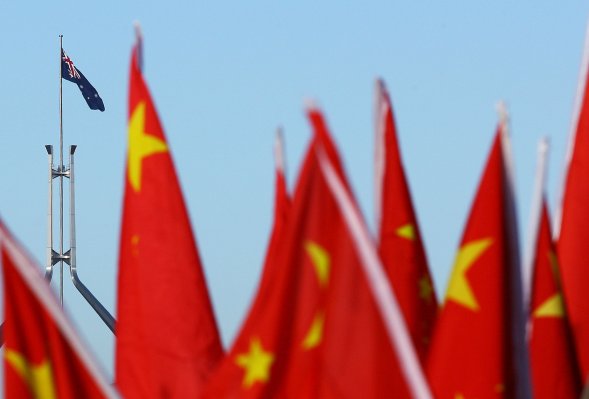 Author Vows to Publish Book on China's Activity in Australia
Next Up: Editor's Pick