The Boss: Sukhinder Singh Cassidy Is on a Mission to Get More Women on Company Boards

Singh Cassidy, founder of theBoardlist, speaks during a fireside chat at the GeekWire Summit in Seattle, Washington, U.S., on Wednesday, Oct. 11, 2017. The event brings together entrepreneurs, executives and tech leaders to explore the future of innovation. Photographer: Daniel Berman/Bloomberg via Getty Images
Bloomberg—Bloomberg via Getty Images
By Sukhinder Singh Cassidy

My 20-year career as a tech executive in Silicon Valley almost never happened.

Before chasing the startup dream in the late 90s, I had built a successful track record in the very male-dominated traditional media and investment banking industries. I had a thick skin and a lot of hustle — and I knew how to make things happen.

But when I got to Silicon Valley, what had worked for me in New York and London in my early career suddenly became a liability. On my second day of work, my first tech boss told me that I “scared the secretaries.” I started getting assigned increasingly junior tasks. To top it off, I watched a volatile male colleague’s behavior get rewarded. Reeling and frustrated, I considered leaving the Valley altogether. Was the deck going to be stacked against me here?

Instead of giving up, I changed the game. I’ve always been a fierce competitor, and there was no way I was going to lose when I believed so deeply in the potential of tech to change the world and in my own abilities to influence this industry in a positive way.

I walked out of my frustrating job and found a group of founders who were looking for someone with my kind of tenacity and drive to propel their startup forward. That I was a woman didn’t matter; that I had the right combination of skills and drive to win were all that did. Together, we built an e-commerce company called Junglee, which was acquired by Amazon. Then, several co-workers who had become angel investors thought of me when a promising fintech startup, Yodlee, was looking for a proven business development executive to join their team as a business co-founder. I was now solidly on the path to developing my 20 year-career as a founder, CEO and board director.

As much as I’ve loved my time in Silicon Valley, a couple of years ago I grew frustrated with the narrative around women in the tech industry. My peers and I were frequently talking about the problems that women in the industry face, including gender discrimination and sexual harassment. But we weren’t hearing stories about the successful women who were making it in the Valley. We desperately need more women in tech, and I knew this narrative was turning women away.

I didn’t feel like there was any real leadership on this front, and I had an optimistic yet realistic solution in mind: get more women on company’s boards. Like I did in my early career, I changed the game. Instead of putting the onus on women to try to fix a problem they didn’t create or have the power to change, I created a platform for decision-makers and those in power — who are still overwhelmingly male and non-diverse — to promote qualified women. We didn’t want to shame companies for their track records on women. We simply wanted to put more brilliant and talented women in contention for an empty board seat.

In just over 18 months, theBoardlist, the company I founded to connect male and female CEOs and board directors with qualified women to serve on their company’s boards, has seen over 1,400 CEOs, C-suite executives and investors nominate over 2,100 board-ready women on our platform. Over 400 companies have used theBoardlist as a resource in their board searches, and we’ve had influence in over 114 placements.

Now with the recent wave of allegations of sexual harassment and misconduct in Silicon Valley, Hollywood and Washington, theBoardlist’s mission has become even more important. Currently, most boards take a reactive approach to guiding a company, only stepping in when crisis hits. At theBoardlist, we’re advocating for boards to take a far more proactive role by treating the company’s talent and culture as its own strategic area. Boards should look closely at gender equality, human resources and the happiness of its employees, and develop strategic solutions to address any shortcomings.

There’s still so much work left to do, but I’m hopeful that positive change will happen sooner than we think.

Sukhinder Singh Cassidy is an entrepreneur and the founder of theBoardlist and Joyus. 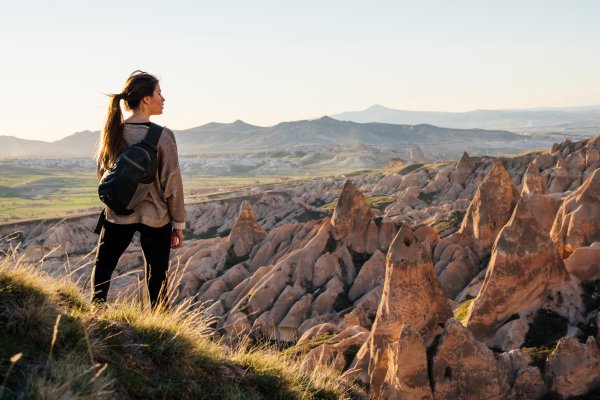 9 People Share the Inspiring Things They Did After They Got Fired
Next Up: Editor's Pick