Consider the podcast boom unstoppable. 36 Questions stretched the medium with an audio musical. Comedians are leveraging their podcasting platforms into TV deals. And now it seems, in the wake of Serial‘s runaway success, every week there’s a new true crime podcast that galvanizes Redditors into playing detective.

But growing pains persist: Some investigative podcasts, like Missing Richard Simmons, were met with backlash when they delved too deeply into the lives of their unwilling subjects. And one podcasting pioneer, Marc Maron, recently reckoned with the fact that one of his most famous and news-making guests on his show WTF With Marc Maron, Louis C.K., had been accused of sexual harassment. Maron said that he knew about the accusation and confronted C.K., who denied them. But some fans have argued Maron had a journalistic responsibility to ask C.K. about it on air.

As journalists and storyteller turn increasingly to podcasts to tell stories and discuss issues, the question of what rules should bind this budding medium have yet to be answered. Yet many of the shows on this end-of-year roundup — which cover topics ranging from LGBTQ issues to Game of Thrones — point the way to the future of podcasting.

Still Processing should be appointment podcasting. Tuning in is akin to joining a conversation with your two most insightful friends. New York Times Magazine’s Wesley Morris and Jenna Wortham manage to tie conversations about what’s going on in culture and tech — their respective beats — with politics, society and business. Their episodes cover topics including how the violence in Charlottesville was presaged by recent films and New Yorkers’ righteous outrage over a startup that wants to displace bodegas. As the title of the podcast might suggest, the hosts’ conversations are as cathartic as they are illuminating.

Standout Episode: “We Get Biracial”

So many podcasts endeavor to make listeners laugh or cry, but Nancy successfully does both. Each episode of the show about LGBTQ issues focuses on a new story or topic. An early episode dealt with whether J.K. Rowling can retroactively declare Dumbledore gay; another explored how gay Republicans reconcile their personal and political lives. Hosts Tobin Low and Kathy Tu manage to bring a light touch to often heartbreaking stories of self-discovery, beginning in the first episode, when they share their own coming out stories.

It’s usually impossible to keep up with the news. But The Daily makes it easy. Each morning by 6 a.m. ET, host Michael Barbaro speaks with one of his fellow New York Times reporters about the most pressing story of that day. Occasionally, we get to hear from the subjects of those stories, whether it’s a recovering heroin addict or Bill O’Reilly giving his first interview following Fox firing him. News podcasts have a tendency to be dry, but Barbaro approaches his subjects with empathy: On the controversial March 30 episode, he teared up while speaking to a coal miner. Plus, the episodes are blessedly short — about 20 minutes.

The podcast that promises to explore the Internet had a banner year. It’s no surprise that the web provides an endless bounty of strange stories, but this year’s tales were particularly mind-boggling, thanks to the dogged reporting of their creators. Sruthi Pinnamaneni followed an online bounty hunter (a.k.a. skip tracer) whose mission got surprisingly political, while Alex Goldman flew all the way to India to confront the leaders of a call center who tried to scam him into buying unnecessary and overpriced software. Whether you spend your day reading Reddit or consider yourself a luddite, Reply All is well worth the listen.

Listen to Long Distance, Part I on Apple Podcasts

There’s something endlessly addicting about delving into other people’s problems. Dear Sugars, the advice podcast adapted from the advice column by writers Steve Almond and Cheryl Strayed, is a sublime fix. It’s easy to guiltily revel in the miseries of others, but just as often there’s a sting of recognition in problems that seem specific but touch universal themes. The hosts approach each letter with empathy — arguably too much empathy, when it comes to the serial cheaters — and offer sage advice, from the need to say “no” to how to make sense of tragedy. And they have amazing guests like George Saunders, Dan Savage and Oprah. Yes, Oprah.

Standout Episode: “The Power of No With Oprah”

5. Larry Wilmore: Black on the Air

Comedy Central’s decision to cancel Larry Wilmore’s show on the eve of the Trump election feels even more short-sighted now that his own podcast is such an obvious triumph. He approaches Black on the Air with the same mix of thoughtfulness, indignation and humor that he brought to The Nightly Show. Like many other interview podcasts that have come before, Wilmore begins each episode with a monologue about the news of the week. But Wilmore really shines during the interviews. Unlike most of his podcasting peers, who quickly find themselves out of their depths when speaking with interviewees whose specialties don’t align with their own, Wilmore can engage intelligently with a wide range of guests from both political and cultural spheres.

Learning about the Supreme Court sounds a lot like civics class, but More Perfect is more engaging than any class you slept through in high school. In each episode of this RadioLab spinoff, the creators delve into a specific Supreme Court case and try to get inside the justice’s heads to figure out how they made the decisions that heavily impacted our lives. This year’s Citizen’s United episode about a free speech case that opened the floodgates on campaign finance was particularly sobering. But more interesting still was the follow-up episode in which experts debated a pressing and related free speech issue: Should Twitter and Facebook be able to ban Neo Nazis who spew hate, or will that lead down a slippery slope?

Standout Episode: “Citizens United” and the follow-up debate, “Twitter and the Law”

This year 2 Dope Queens got tapped by HBO for a comedy special and with good reason: Jessica Williams and Phoebe Robinson’s hilarious musings continue to be the gold standard for comedy podcasting. No topic is off-limits, which makes for good comedy but also some wonderfully honest conversations between the two friends. Williams and Robinson also put their extraordinary address books to good use, tapping comedian friends for stand-up segments that will make you laugh out loud.

Has there ever been a more hyped podcast than S-Town? The mini-series from the creators of the podcast juggernaut Serial began as a true crime murder mystery — but S-Town quickly pivoted to a more intimate story about the life of a singular man in a small town with plenty of secrets. The narrative was addictive, and the production stellar. But like another buzzy true crime podcast, Missing Richard Simmons, S-Town flirted with the boundaries of privacy invasion when it exposed intimate aspects of the subject’s life. For better or worse, S-Town forced us to examine that queasy feeling that plenty of listeners felt as they became implicated in host Brian Reed’s task, which felt both noble and voyeuristic.

A few weeks before the premiere of the penultimate season of Game of Thrones, The Ringer writers Mallory Rubin and Jason Concepcion took on the insane task of recapping every single episode that had previously aired of the fantasy show. The result: 60-plus hours of Game of Thrones analysis. (Most podcast episodes were longer than the TV episodes themselves!) And yet Thrones fans will devour every moment of it. The hosts’ exhaustive knowledge of the history of the Seven Kingdoms combined with their easy humor made for a podcast that frankly became more compelling (and logically sound) that the seventh season of the show itself.

Best Episode of the Year: “The Dragon and the Wolf” (because catharsis)

Given the sheer volume of podcasts — the barrier for entry in this medium is pretty low compared to, say, film — there are plenty of other shows besides the ones on this list that deserve your attention. Here are several other podcasts I loved this year.

Celebs get a much-deserved talking down on this podcast, but the best part of the each episode is the advice portion: The questions readers send are so ridiculous that they could inspire for several excellent reality TV series.

Bill Simmons’ interviews with a surprisingly confessional Kevin Durant were the most talked-about podcast episodes of the year.

NPR’s Embedded recently embarked on a series about Trump insiders with each episode examining a different member of the family. Jared Kushner’s episode is particularly fascinating.

It seems there’s a new true crime podcast every week, but so far Dirty John, from the Los Angeles Times, has proved the most journalistically rigorous.

Terrible, Thanks for Asking

This podcast about loss and tragedy will offer comfort and a few laughs. Host and “notable widow” Nora McInerny lost her husband, her father and a baby she was carrying in short order; on her exceptional podcast she interviews other struggling with loss. 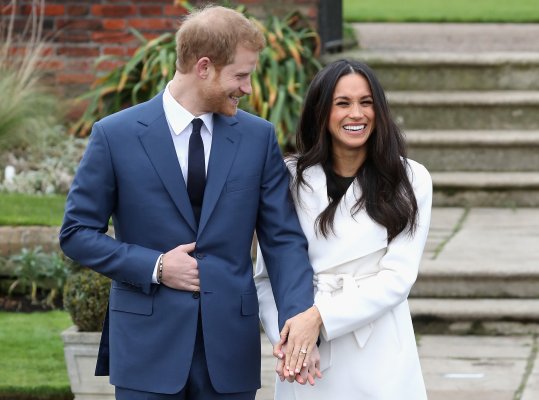