Your goal as an employee should be to make your boss’ life easier. If you can help your manager look good to their manager, you’re in good shape.

To help you out, we’ve rounded up nine ways you can take the hard stuff off your boss’ plate — starting today. Read on to find out how you can quickly become a star in your boss’ estimation.

National workplace expert Lynn Taylor previously told Business Insider that when you start a new job, you should ask your boss how often they’d like you to check in. But you should still err on the side of over-communicating, so they know exactly what you’re working on and how much you’ve accomplished.

In fact, Eric Barker, author of “Barking Up the Wrong Tree,” recommends that you send your boss an email every week that sums up what you’ve accomplished.

If your boss asks for feedback, give it to them — politely

Kim Scott, a former Google and Apple exec and the author of “Radical Candor,” recommends that every manager ask their team for feedback on a regular basis. She told Business Insider it’s so important to get an honest answer that managers should sit in silence for six seconds until their employee comes up with something.

If you want to make your boss’ life easier, don’t make them wait in silence. Think of an area where they can improve and offer some constructive criticism.

Read More: 33 things you should never say to your boss

Be open about your professional ambitions with your boss

According to Toni Thompson, the head of human resources and talent at The Muse, one of the best ways to get ahead in your career is to “make sure that they [your boss] know what salary you want eventually and the title you want or more opportunities that you want.”

This has obvious benefits for you — you probably won’t get the promotion or compensation you’d like if your boss doesn’t know you want it. But it also helps your boss, so they don’t have to guess which roles or challenges you want to take on, and so they can build the best team possible.

Ask your boss how you can help with key projectsYou can make a good impression on your boss and coworkers if you offer to lend a hand with important assignments — even if those assignments don’t fall directly within your purview.

As Taylor previously told Business Insider, “Your reputation as a team player will quickly spread — just make sure you’re being genuine about it and not taking on more than you can handle.”

Show interest in your boss’ life outside of work

Writing at LearnVest, Celia Shatzman says you should make a habit of asking your boss about their weekend. Even better, try to mention something specific — for example, “How was your daughter’s school play?”

As Jodi Glickman, author of “Great on the Job: What to Say, How to Say It: The Secrets of Getting Ahead,” told LearnVest, “It gives you an opportunity to start building a personal relationship and connect on a non-work level.”

Ask for your boss’ advice on something

2015 research from Harvard Business School suggests that asking for advice can make you seem more competent.

In one experiment, 170 university students worked on a series of computer tasks and were told they would be matched with a partner who would complete the same tasks. (The partner was really a computer simulation.) When they’d finished the tasks, the “partner” either said, “I hope it went well” or “I hope it went well. Do you have any advice?”

Interestingly, it’s generally better to ask for your boss’ advice than their opinion. As psychologist Robert Cialdini previously told Business Insider, asking for advice creates a partnership between you and your boss and encourages them to be more supportive of your idea.

On the other hand, when you ask for their opinion, they take a step back and become more of an objective evaluator.

Get to work early

Research from the Michael G. Foster School of Business at the University of Washington suggests that employees who get into the office early are generally perceived by their managers as more conscientious and receive higher performance ratings than employees who arrive later.And it doesn’t matter if those who get in later stay later, too.

In the Harvard Business Review, the paper authors write:

The one caveat? If your boss is a night owl, they probably won’t judge you as harshly for showing up on the later side.

Thank your boss when they give you feedback

Expressing gratitude for your boss’ feedback — even if it’s negative — can make them act nicer toward you, according to a 2011 study from the University of Southern California.In one experiment, about 200 undergrads were told that they had been assigned a partner and were supposed to review a draft of instructions the partner had written about how to assemble parts of equipment. (In reality, there was no partner and the instructions had been written by the experimenter.)

When the experimenter returned notes from the “partners,” some said, “I just wanted to let you know that I received your feedback on my draft.” Others said the same thing, along with, “Thank you so much! I am really grateful.”

As it turns out, participants in the supervisor position who’d been told they weren’t that competent were nicer when their partners were grateful.

When their partners weren’t grateful, the supervisors whose competence had been threatened were more likely to respond by denigrating those partners, saying they were unintelligent, incapable, and incompetent. You might say gratitude prevented the threatened supervisors from acting like jerks.

Be upfront about problems — and be ready with solutions

Mark Cuban has said that he likes to get regular updates from employees and entrepreneurs. But everyone who works for him knows when they email him, they should deliver the bad news first.He told Arianna Huffington: “Let me try to help you in any way I can and then let me move on to the next one.”

That said, it’s never wise to present a problem and leave it hanging there. Always come prepared with potential solutions. As Weebly CFO Kim Jabal previously told Business Insider, you should say something like: “We have a huge opportunity to fix something that has gone wrong. Here are a few ideas. I’d love your input.” 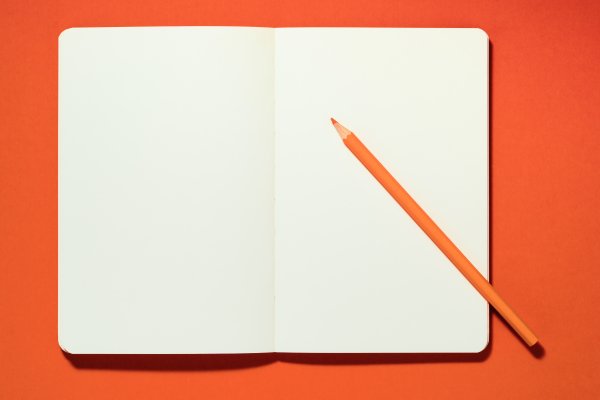 6 Ways to Invest Your Time Like a World-Class Leader
Next Up: Editor's Pick