Alabama voters will cast their ballots on Dec. 12 in a special election between Roy Moore and Doug Jones to fill the Senate seat left vacant by Attorney General Jeff Sessions.

The Republican candidate, Roy Moore, a former state Supreme Court justice who was twice removed from the bench, has consistently led in the polls. His ultra-conservative views — he has suggested that Muslims should not be able to serve in Congress and that gays and lesbians make “unfit” parents — and his disdain for establishment Republicans seemed to have connected with voters.

But earlier this month, allegations arose in a Washington Post report claiming that Moore initiated sexual contact with a 14-year-old girl and pursued relationships with other teenage women while he was in his 30s. (Moore has since threatened to file a lawsuit against the Post.) The claims have thrown the election’s outcome into question, as Moore’s Democratic opponent, Jones, has gained in the polls in recent days. Top Republicans, including Senate Majority Leader Mitch McConnell, are now calling for Moore to step aside.

Who is Doug Jones?

Democrat Doug Jones is a former Alabama U.S. attorney, appointed to that position in 1997 by former President Bill Clinton. He’s best known for serving as the lead prosecutor in a successful 2002 case against two Ku Klux Klan members responsible for the 1963 Birmingham church bombing that killed four young black girls.

In a 2013 interview with the Los Angeles Times, Jones said the case changed the way he felt about Birmingham for the better. “It was an emotionally draining case—it would drain you every day. But from that point on, it’s been nothing but uplifting,” he said.

Jones also indicted a man who targeted an Alabama abortion clinic with a bomb in 1998, leaving one off-duty police officer dead. The bomber, Eric Robert Rudolph, plead guilty in 2005, after Jones had left office and began working as a private attorney.

What policies does Doug Jones support?

As a Democrat running a statewide campaign in deep-red Alabama, Jones’ chances might seem slim. But the candidate has been running on a platform focused on what he described in a recent conversation with reporters as “kitchen-table issues.”

“Jobs, the economy . . . Healthcare is such an important issue for the state,” Jones said, according to the Los Angeles Times. “We’re a poor state, we’re an unhealthy state and healthcare is probably the biggest issue that’s causing folks to take a look at this race and hit a political reset button.”

What are Jones’ chances of winning?

Alabama, a Republican stronghold, has not elected a Democrat to serve in the U.S. Senate in two decades. President Donald Trump trounced Hillary Clinton there in the 2016 presidential election, winning the state by 28 points. The national Democratic Party has taken a mostly hands-off approach to the state, USA Today reports.

But the allegations against Moore have thrown the usual political calculus out the window, especially as an increasing number of top Republicans, including Senate Majority Leader Mitch McConnell, have called for him to step aside.

A RealClearPolitics average of recent polling for the race show Moore in the lead by two points. However, a poll conducted after the Washington Post’s report shows Jones leading Moore with four points, with a four point. A separate poll released a day after the report found the race tied at 46. But AL.com reports at least three other surveys conducted after the Post story was published still showed Moore in the lead. 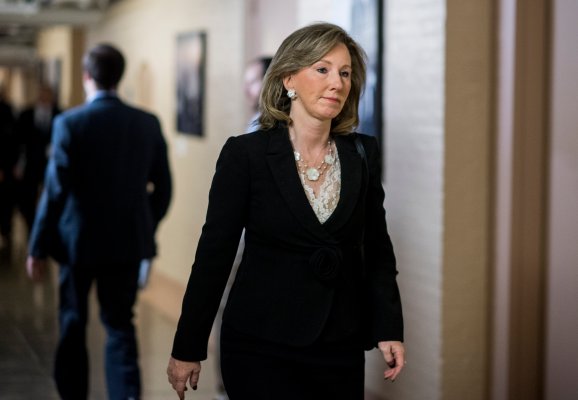