A sunrise is seen through a barbed-wire fence at the Imjingak, near the Demilitarized zone separating South and North Korea in Paju, South Korea, on Jan. 8, 2016.
Chung Sung-Jun—Getty Images
By Kate Samuelson

A U.S. citizen from Louisiana was arrested by South Korean forces after allegedly attempting to cross the 25-mile-wide Civilian Control Line (CCL) just outside the Korean Demilitarized Zone (DMZ) in order to enter North Korea for “political purposes,” authorities said.

According to the Korean news agency Yonhap, the 58-year-old man, identified only as ‘A’, was detained by police early Monday after a local resident reported him to the army. The man – who did not have a permit to be in the area – was discovered on the northern side of the civilian control line, about 40 miles north of South Korea’s capital, Seoul, authorities said.

He had attempted the dangerous crossing to enter North Korea for political purposes, the news agency quoted an official as saying. South Korean police, the army and the country’s National Intelligence Service are investigating the incident.

In a separate incident Monday, a North Korean soldier was shot by his former comrades as he attempted to defect to South Korea through a small strip of land called the Joint Security Area in the DMZ. The unidentified soldier is being treated in hospital for gunshot wounds to his shoulder and elbow, Yonhap reports. Over the past 20 years, about 25,000 North Koreans have escaped to the South. 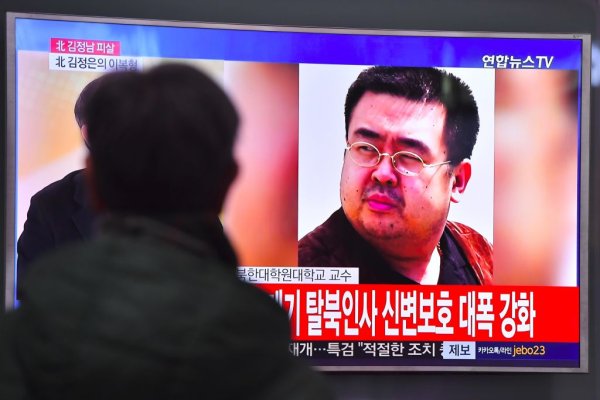