For more than a week, New Delhi has been gasping for breath. As unprecedented, emergency levels of toxic smog continue to choke India’s capital, much of the city’s daily grind has been halted. Construction work has stopped. Airlines have cancelled or re-routed flights. And hospitals are overwhelmed with cases of respiratory illness, even children vomiting, because of the acrid air.

“It wasn’t like this five years ago,” Anupam Sibal, a medical director and senior pediatrician told The New York Times, adding that his hospital has seen a 30% to 35% increase in patients.

The Indian Medical Association has declared the situation a public health emergency and recommends that residents do not to leave their homes.

Amid the health scare, United Airlines suspended flights to New Delhi from November 9 to 13, though some routes were reportedly set to resume on Sunday night.

Noxious air is a perennial problem in populous New Delhi, where air pollution readings have long ranked among the world’s worst, surpassing even notorious Beijing. Last year, the toxic smog that enveloped the city after a firework-filled Diwali festival was record breaking. But this year it’s worse than ever, with haze from illegal field burning exacerbating the situation.

This past week, readings of the most harmful particulate matter, called PM2.5, exceeded 1,000 parts per million on the U.S. EPA’s air quality index, ABC reported. Ratings of PM2.5 between the levels of 121-250 are normally considered “very poor” with health side effects possible after prolonged ingestion of the fine particles. Levels above 250 are called “severe” with respiratory impacts likely even among the healthiest. A rating of 1,000 soars far beyond the chart.

Authorities plan to rein in some of the toxins by deploying fire trucks and water cannons in the city’s most persistently polluted quarters after measures like raising parking fees and banning commercial trucks made little impact. The city also mulled, and then backtracked on a plan to limit private vehicles to driving every other day.

“Sprinkling water is the only way to bring down the dangerous pollution levels,” Shruti Bhardwaj, an environmental official in charge of monitoring air quality, told the Straits Times.

So far, city officials seem to have their sights set on rain forecast November 14-15 as the best bet for clearing the pollutants.

But with every day the oppressive haze lingers, public anger has mounted. Air, some say, is a human right, but it’s one that New Delhi residents no longer seem to have.

In the face of the blinding and headache and fatigue-inducing smog, many have taken to Twitter to vent their rage. 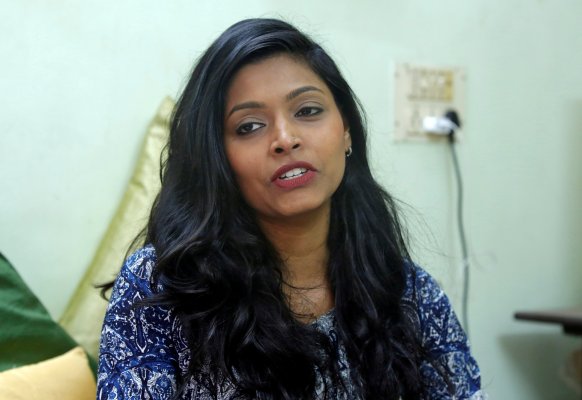 After Weinstein, Bollywood Actors Speak Out About Harassment
Next Up: Editor's Pick