How to See the Venus-Jupiter Conjunction on Monday

Despite being hundreds of millions of miles apart, Venus and Jupiter will appear close together on the horizon just before sunrise on Monday — an astronomical event known as a conjunction.

“You’ll have to be looking very low on the east-southeast horizon about 45 minutes before sunrise,” Jane Houston Jones of NASA’s Jet Propulsion Laboratory said in a video, recommending that viewers protect their eyes and avoid aiming binoculars or telescopes directly at the sun.

The planets will appear to move past each other about seven degrees above the horizon, “forming what looks like a brilliant double star,” according to NASA.

More information about sunrise, as well as Venus and Jupiter’s rise times, can be found here.

The key is to wake up early and find an unobstructed view of the horizon.

Similar conjunctions took place in 2015 and 2016 and in 2008, when a crescent moon also appeared nearby and created a rare trifecta. 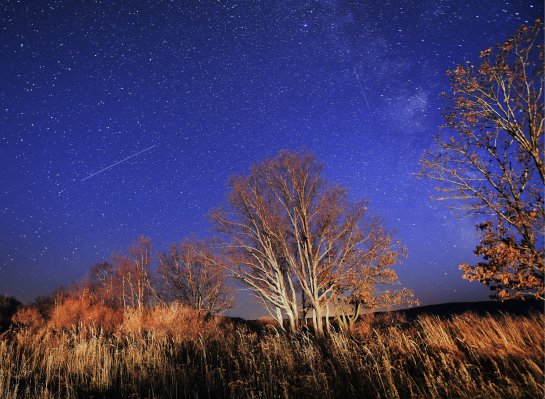 The Orionid Meteor Shower Peaks This Weekend
Next Up: Editor's Pick