In the lead up to “The Take Back the Workplace” march in Los Angeles on Nov. 12, Latina farmworkers have written a letter of solidarity to the brave women and men in Hollywood who have come forward with their experiences of sexual harassment and assault in the wake of the Harvey Weinstein scandal. The upcoming event is organized by the Feminist Majority Foundation, Civican, and We for She. It aims to shed more light on instances of sexual harassment in the workplace and call out those who commit it, allow it and help cover it up.

We write on behalf of the approximately 700,000 women who work in the agricultural fields and packing sheds across the United States. For the past several weeks we have watched and listened with sadness as we have learned of the actors, models and other individuals who have come forward to speak out about the gender based violence they’ve experienced at the hands of bosses, coworkers and other powerful people in the entertainment industry. We wish that we could say we’re shocked to learn that this is such a pervasive problem in your industry. Sadly, we’re not surprised because it’s a reality we know far too well. Countless farmworker women across our country suffer in silence because of the widespread sexual harassment and assault that they face at work.

We do not work under bright stage lights or on the big screen. We work in the shadows of society in isolated fields and packinghouses that are out of sight and out of mind for most people in this country. Your job feeds souls, fills hearts and spreads joy. Our job nourishes the nation with the fruits, vegetables and other crops that we plant, pick and pack.

Even though we work in very different environments, we share a common experience of being preyed upon by individuals who have the power to hire, fire, blacklist and otherwise threaten our economic, physical and emotional security. Like you, there are few positions available to us and reporting any kind of harm or injustice committed against us doesn’t seem like a viable option. Complaining about anything — even sexual harassment — seems unthinkable because too much is at risk, including the ability to feed our families and preserve our reputations.

We understand the hurt, confusion, isolation and betrayal that you might feel. We also carry shame and fear resulting from this violence. It sits on our backs like oppressive weights. But, deep in our hearts we know that it is not our fault. The only people at fault are the individuals who choose to abuse their power to harass, threaten and harm us, like they have harmed you.

In these moments of despair, and as you cope with scrutiny and criticism because you have bravely chosen to speak out against the harrowing acts that were committed against you, please know that you’re not alone. We believe and stand with you.

Alianza Nacional de Campesinas is an organization comprised of current and former farmworker women, along with women who hail from farmworker families. 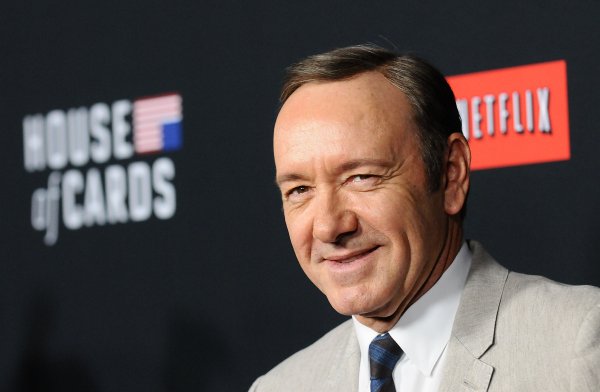 Spacey Accused of Misconduct by 'House of Cards' Staff
Next Up: Editor's Pick