Former Massachusetts Gov. Mitt Romney took to Twitter Friday to speak out against Roy Moore’s alleged sexual misconduct, writing that he “is unfit for office and should step aside.”

Moore, the Republican nominee for a U.S. Senate seat in Alabama, has been accused of initiating romantic or sexual relationships with four women when they were teenagers and he was in his 30s. These women — including Leigh Corfman, who says she was 14 when a 32-year-old Moore approached her in an Alabama courtroom — spoke on record to the Washington Post.

Romney wrote on Twitter that he “believe[s] Leigh Corfman” and that “innocent until proven guilty is for criminal convictions, not elections.”

The politician’s condemnation of Moore is a marked change from many of his Republican colleagues, who, though they have denounced Moore’s alleged actions, have couched calls for him to step down in language that casts doubt about the veracity of allegations.

“Mary was a teenager and Joseph was an adult carpenter,” he told the Washington Examiner on Thursday. “They became parents of Jesus.” 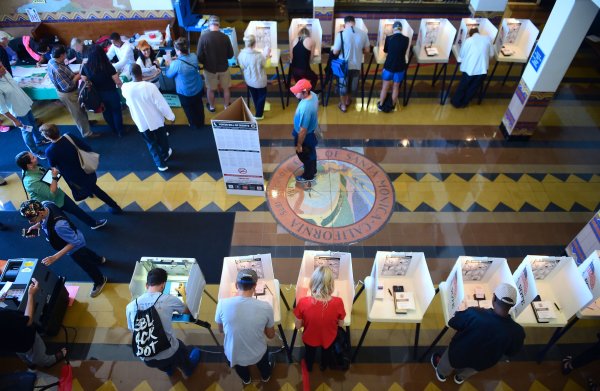 Rep. Mike Honda: The California GOP Works for Trump, Not Voters
Next Up: Editor's Pick