Reni Eddo-Lodge on the Underplayed Realities of Racism In the U.K.

Three years ago, British journalist Reni Eddo-Lodge sat down to write a blog post, Why I’m No Longer Talking to White People About Race. She was exhausted by the hostility and resistance she faced when attempting to create a dialogue about racism. “I can no longer engage with the gulf of an emotional disconnect that white people display when a person of colour articulates our experiences,” wrote Eddo-Lodge, who was born and raised in London by her Nigerian mother.

Over a chorus of crying babies in a café close to her home in North London, Eddo-Lodge, 28, recalls that when she posted her treatise, she was prepared for an onslaught of hate by Twitter trolls. Instead, she received an outpouring of gratitude. The post propelled her into the canon of contemporary authors writing about race and racism and landed her a book deal. The book, also titled Why I’m No Longer Talking to White People About Race, has sold 30,000 copies since its June publication in the U.K., and was released in the U.S. this month. French and Swedish translations will follow.

The book, though, is specific to British racism and its underpinnings. As Eddo-Lodge writes, “We (people in the U.K.) convince ourselves that Britain has never had a problem with race.” In March, Samuel L. Jackson suggested that a black American actor, rather than the black British actor Daniel Kaluuya, should have played the lead role in Get Out because they have a better understanding of prejudice. Eddo-Lodge says Jackson “doesn’t know” the British context. “The reason why British actors are going [to the U.S.] is because there’s no work for them here… the atmosphere for black excellence and talent is just so f—cking hostile.”

Through seven essays, Eddo-Lodge audits Britain’s past and present structural racism and white privilege, cutting across class, culture, feminism and politics. Her book’s readers include the very individuals she ostensibly cast off in her blog post: white people, a group she takes to task for the current climate of racial inequality.

Eddo-Lodge uses data to illustrate her damning indictment of systemic racism in Britain — which the book describes as “not about personal prejudice, but the collective effects of bias.” Black people in the U.K are twice as likely as their white peers to be charged with drug possession despite lower rates of drug use among black British people. Black unemployment rates between 1991 and 2011 were more than double those for whites. The biggest rise in racial prejudice was among highly educated, white professional men between the ages of 35 and 64— men who can directly affect the prospects of everyone else. “Despite children of color excelling in school when it actually comes to the job market they’re disproportionately affected by unemployment,” she tells TIME. “It just means some other forces are at play.”

‘Fear of Black Planet,’ the fourth essay in the book, delves into how some of those forces are currently mixing with politics, and the seep of fringe ideas from the far-right to the mainstream. Immigration concerns have become “less about who is black, and more about who isn’t white,” she writes. “When the election results came out [in the U.S.], white middle class people were like, ‘Oh my goodness, how could this happen?’” Eddo-Lodge says. People of color have known how it could happen for years, for decades, living in a world where she says “a lot of our power relations have been shaped by race and racism, but nobody was listening.”

Britain’s high school curriculum sidesteps its racist past, and the country’ imperialist legacy has been whitewashed, she says. British children are taught about the American Civil Rights movement, but don’t know about British anti-racism campaigners of the 19th century. Her book fills those gaps by charting Britain’s entry into the slave trade, white mob lynchings, forced repatriations and police brutality in London.

She blames Britain’s cultural amnesia about race on the country’s white-dominated cultural institutions, which she says can be “hostile” to critical thinking on the issue. “Some of the world’s best coverage on race has come out of the U.S.” because its papers have invested heavily in black writers, like the Atlantic’s Ta-Nehisi Coates or the Washington Post’s Wesley Lowery, she says. “I’m not seeing that in the U.K.”

After years of living on the breadline in order to write about race, Eddo-Lodge says she earned more this year from speaking tours and commissioned writing from those white-dominated institutions criticized for their lack of diversity than she ever did as a freelancer. “It doesn’t feel like I’ll be going back to the days of perpetual poverty soon,” she says with a laugh. Her work, which began as a silent scream against white complicity to racism, has shifted the conversation in the U.K. And though she may not be talking to white people about race, she has gotten a lot of people to listen. 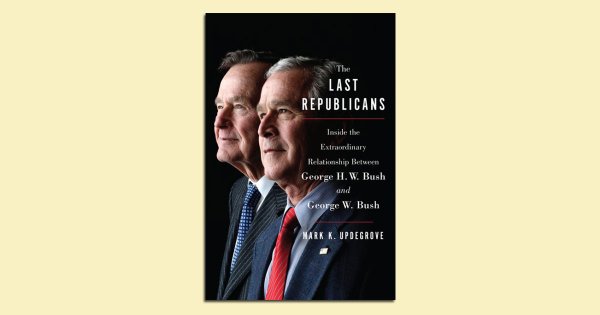 Bush Biographer: 41 and 43 Are 'Anathema' to Trump
Next Up: Editor's Pick