Four women have told the Washington Post that Alabama Senate candidate Roy Moore pursued them when they were teenagers — between the ages of 14 and 18 — and he was in his 30s.

The allegations rocked Senate Republicans. As of Thursday afternoon, at least 11 Senators, including Senate Majority Leader Mitch McConnell, had called on Moore to step aside if the allegations were true.

“If these allegations are true, he must step aside,” Senate Majority Leader Mitch McConnell said Thursday.

The Republican National Committee and the White House did not immediately respond to request for comment, and did not appear to issue official statements.

Leigh Corfman told the Post she was 14 in 1979 when she met Moore with her mother outside an Alabama courtroom. Her mother went inside for a custody hearing and Moore offered to watch her, Corfman said. She told the Post that Moore asked for her phone number, and several days later brought her to his house and kissed her.

The second time she visited his home, she said Moore took off his clothes, as well as her shirt and pants, and touched her over her bra and underwear and began guiding her hand toward his crotch. At that point, Corfman told the Post, she asked Moore to take her home, which he did.

“I wanted it over with — I wanted out,” she told the Post.

The three other women, Wendy Miller, Debbie Wesson Gibson and Gloria Thacker Deason, all said Moore took them on dates when he was in his thirties and they were teenagers. None of these three women had sexual contact that went beyond kissing, and all said that he never forced them into anything. However, they did say that they found the behavior flattering at the time, but troubling in retrospect.

But despite calls from Republicans for Moore to step aside pending the veracity of the allegations—spokesmen for two Senators did not respond to a follow up question about what that constituted—there is a bit of legal conundrum surrounding the ballot. Per Alabama law, Moore’s name has to remain on the ballot in the December 12 election, even if he or the Republican Party withdraws it.But if he wins the election under these circumstances, or if Democratic candidate Doug Jones does not crack over fifty percent of the vote, then the election process would start again, the Alabama Secretary of State told TIME.

Moore and his campaign denied the allegations in a written statement, calling them “completely false” and “a desperate political attack.” 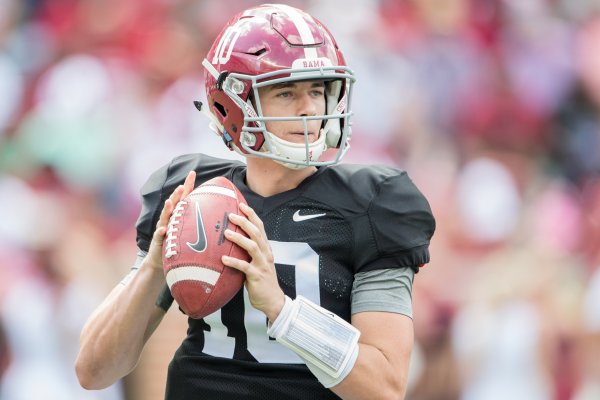