Tuesday’s elections offered many Americans a much-needed glimmer of hope. Trumpism and its politics of hatred were resoundingly rejected. Democrats won bigly. Reporters and pundits warn that what happened on November 7th may foreshadow the stomping that awaits Republicans in the 2018 mid-terms. But we should not be too sanguine. We still have a rough road ahead. So, after the election, I reached out to one of the most important prophetic voices of our time, Reverend Dr. William J. Barber II, President of Repairers of the Breach and National Co-Chair the Poor People’s Campaign.

GLAUDE: Put Tuesday night’s election in context. How do you understand it in light of the work you’re doing with the Poor People’s Campaign?

BARBER: This breakthrough in a southern state like Virginia, where a candidate won by challenging attacks on healthcare, voter suppression and anti-immigrant policies, exposes an opening. It should say to progressives that they must move away from the left-right framework and instead challenge extremism by saying that some issues, such as denying health care, blocking immigration reform, passing regressive pro-wealthy tax reform, and defending institutional racism, are contrary to our deepest moral and constitutional values. The electorate can be inspired and organized to vote for higher ground. But I would caution Democrats who say last night is now the playbook for the future and nothing else is needed. Voting rights and voter suppression still must be challenged. Deeper organizing with intentional goals must be engaged in the black and brown community to broaden the base. There must be an effort to organize in the so-called red counties around moral and justice agenda.

And lastly, Democrats, or anyone who wants a more just future, has to push deeper into a moral agenda that addresses poverty. In the richest society in the history of the world, a third of our population is crippled by poverty. Republicans often blame the poor for their plight while Democrats insist on talking about “those who strive to enter the middle class.” But some people are just poor.

The majority of the states that have the highest level of poor and working poor whites are in the south. A political party that hopes to broaden its reach and truly desires to do more than just save a party but save the soul of the nation must not lock itself into only talking about the middle class. This is why we must have a Poor People’s Campaign: A National Call for Moral Revival that opens up conversation about how, as nation, we can address the fundamental issues of systemic racism, poverty, ecological destruction, the war economy, and our nations moral narrative.

How Trumpism Will Outlast Trump

The door is open to go deeper. Donald Trump’s unapologetic, extreme white nationalist rhetoric and agenda have created a unique moment in history. We see more clearly than ever in recent history, perhaps, the choice Dr. King asked us to make between a thing-oriented and person-oriented society.

Some commentators and analysts are saying that last night was a result of grassroots organizing — that it reflects a fundamental shift in the direction of the Democratic Party from a top down approach to a bottom up orientation. Would you agree with this?And is this energy limited to the Democratic Party?

Maybe. But this must be evaluated. How many registered voters stayed home and didn’t vote. How many blacks, Latinos, poor whites and students voted? What role did the re-enfranchisement of convicted felons play? What resources were invested in these efforts by the party? We know what kind of coalitions can win, but Democrats must make a decision to deepen those coalitions in every state and especially the Southern states. This is why I believe there must be a movement that works to shift the very narrative of our politics.

Do you think opposition to Donald Trump or to Trumpism is enough to change fundamentally the direction of this country?

No. Trump did not win. He lost by 3 million votes only to be appointed by the electoral college, which itself is a relic of institutional racism in America. He benefited from a political strategy that has been cultivating an audience for the politics of division, racism, xenophobia, and fear.

Because we know this we must know resistance can only slow a train down. It takes an engine pushing the other way to change direction. We believe America needs to lay new track — to complete the unfinished business of Reconstruction.

There is a biblical text that reads

The stone that the builders rejected, has become the chief cornerstone (Psalm 118:17). And another that says

The Spirit of the Lord is on me,

because he has anointed me

to proclaim good news to the poor.

He has sent me to proclaim freedom for the prisoners

and recovery of sight for the blind,

If America has a future, it depends on the recognition that the rejected must be at the center of a massive restructure of the public square. There must be a good news agenda that deals with the wrong of institutional and systemic poverty. Truth is, we have never completed the Reconstruction that our federal government admitted was necessary after the Civil War. There is no better place than Virginia to remind us of this. As the original Poor People’s Campaign proposed, the Reconstruction we need now must be the work of rejected stones — a fusion coalition of those directly impacted by racism, poverty, environmental degradation and the war economy. Only by linking up and asserting our moral authority as children of God can we shift the moral narrative in this nation and build a movement that will challenge whoever is in power to become the “more perfect union” we aspire to be. I invite those who want to revive the heart of this democracy to joined thousands of others in 25 states to build a 21st-century Poor People’s Campaign. 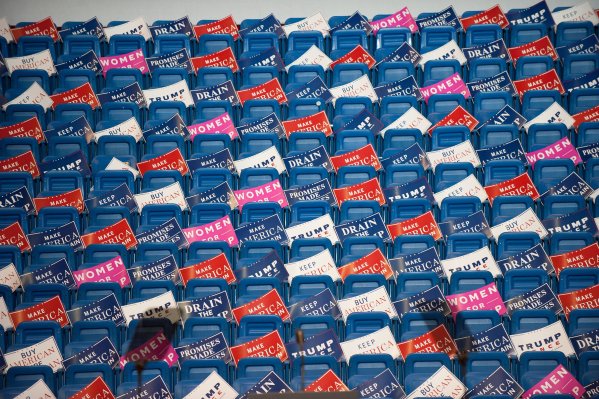