What Happens When Women Reach a Critical Mass of Influence

A view of demonstrators marching on Pennsylvania Avenue during the Women's March on Washington on January 21, 2017.
Noam Galai—WireImage/ Getty Images
Ideas
By Jay Newton-Small

If it seems like the structures that enable sexism are exploding, that’s because they scientifically are, according to the theory of critical mass. When women reached 20% in the Senate, they went after the Pentagon to reform the military’s sexual-assault protocol. When they reached 25% of Hollywood producers, they took down Harvey Weinstein and his casting-couch culture. And when they reached a third of the White House press corps, Fox’s Roger Ailes, NPR’s Michael Oreskes and other serial harassers in the media began to get called out. Somewhere in that zone, when women comprise 20% to 30% of an institution, things begin to change.

Critical mass has its roots in physics: it’s the amount of material needed to sustain a nuclear explosion. Accumulate enough, set it off and there is no other outcome but boom! The concept has been used in sociology for decades. After the Supreme Court’s 1954 Brown v. Board of Education decision, experts recommended that a minimum “critical mass” of minority students be integrated into schools.

Later, in the 1970s, after the Navy was required to integrate its ships following a 1978 district court decision, it began with one woman and then a handful of women. It was a disaster for all involved. Through trial and error, it struck upon the idea of critical mass. Now all ships are required to have at least 20% women on board.

Studies show that when corporate boards reach critical mass, companies become more efficient, make more money and have to restate earnings less frequently. And having a critical mass of women on group courts has led to many more cases of bias being considered, studies show. But the media and Hollywood are two of the highest-profile occupations in America, and fame has benefits. Famous women calling out their harassers by name emboldens women across the country. The focus and attention paid to these scandals will help shine a light on other sectors.

This is only the beginning. Women first stormed the workforce as Rosie the Riveters during World War II. The U.S. would not have won that war if women hadn’t brought in the crops and built the weapons. And it will be economic necessity that will bring women fully into the workforce. By 2030 the baby-boomer generation will have fully aged beyond retirement eligibility and America will be short 26 million workers. Two obvious ways to address that shortfall: bring in a ton of new immigrants, which is hard to imagine in this political climate, or bring women up to full employment, which would add 23 million more workers to the workforce. Parity.

What can we do to help? Count ourselves. When I was researching my book, Broad Influence, I had to go to all 15 departments of the government, the White House and four labor unions to figure out that women made up 30% of the upper levels of the civil service and political appointees. We think there should be plenty of data out there about women, but the truth is there isn’t. Hollywood has the Geena Davis Institute on Gender in Media, which tracks Tinseltown. But there’s almost no official tracking of newsrooms. (My one-third number is an unofficial head count taken by me looking around at my colleagues.) And other industries are worse. Consulting groups like McKinsey and Ernst & Young track women in the workforce, but their numbers are reported in aggregate and companies are guaranteed secrecy when they participate. In recent years people have begun to wake up to the dearth of data on women. Melinda Gates, Generation W and the Wilson Center’s Women in Public Service Project have all recently launched data-collection initiatives.

So what comes next? Ask your company how many women they have in management and report it. Ask your local police force how many female officers they have. Look around you: school boards, zoning commissions, local corporations–few of these have holistic gender-data collection. Until we know where we stand, it will be hard to know how close to critical mass we are and when things can go boom! 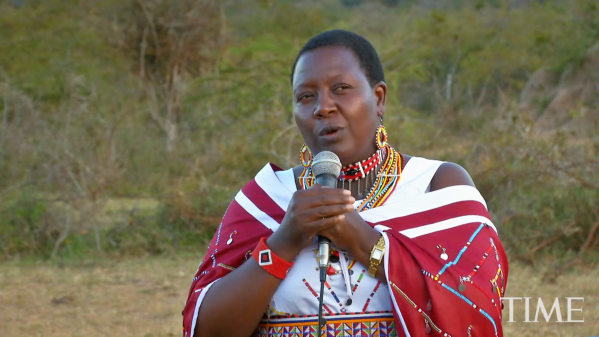 Meet the Women Who Are Breaking Glass Ceilings All Over the World in When Women Rule
Next Up: Editor's Pick