A picnic takes place on JR’s Giant Picnic, a photograph of the eyes of a Dreamer at the U.S.-Mexico border in Tecate, Mexico, on Oct. 8
JR-art.net
Ideas
By Laurene Powell Jobs
Laurene Powell Jobs is the founder and president of Emerson Collective

Her eyes—or, rather, a massive photograph of them—were the centerpiece of a picnic and installation by the French artist JR that united residents on both sides of the U.S.-Mexico border in October. JR chose Mayra, who is a “Dreamer”—or a young undocumented immigrant who falls under the Deferred Action for Childhood Arrivals (DACA) program—to represent many things, all at once: Humanity. Hope. Beauty. Division.

If that last word is jarring, JR means it to be; his art is meant to inspire, but also provoke. His trompe l’oeil portraits force us to look critically at the world. They are unfiltered, unguarded and undeniably human. Art like JR’s challenges us to bear witness, to discover what we’re seeing. Because there is always more than meets the eye.

In the debate over immigration, perspective is everything. Depending on your vantage point, an undocumented immigrant can be a dreamer, a refugee or a fugitive. A border wall can be a shield or a needless division, splitting families.

What do we choose to see when we look in Mayra’s eyes?

Mayra’s eyes tell a story that even JR did not know when he took her portrait. She was born in Mexico with a condition called ptosis, which caused impaired vision and migraines. In 1992, at the age of 7, Mayra crossed the border to settle in California with her family. More than a decade later, thanks to DACA, she was finally able to get the health insurance she needed and see clearly for the first time in her life.

I met Mayra when she was a high school student. Her energy was irrepressible—and so were her dreams. But she had few pathways to achieve them. College Track, an organization I co-founded, helped Mayra stay motivated and connected to support and opportunities. We also offered guidance on how to apply for legal status. Mayra’s hard work and talent helped her reach the University of California, Santa Cruz, and, later, a master’s program at San Francisco State University. Today she is financially independent, works to support her mother and her 9-year-old niece, and has chosen a career in public health.

Mayra’s eyes light up when she talks about her family and the future she’s forging as a health advocate in California. Like many other Dreamers, she aspires to return something to her community here in America. She has overcome so much, but JR’s installation shows that obstacles still stand in the way of her future and that of many thousands more young people who love this country and want nothing more than to contribute to it. Nearly 800,000 Dreamers and 11 million other undocumented immigrants are caught in Washington’s policy stalemate.

With anti-immigrant sentiment emanating from the highest levels of government, the barriers in the way of immigration reform are undeniably real. But as JR’s artwork demonstrates, any wall can become a canvas with a simple shift in perspective.

JR’s project, “Inside Out/Dreamers,” which is touring the country with participation from Emerson Collective, aims to show how widespread that support is. The project is a bold rebuttal of the Trump Administration’s dark, dishonest portrayal of immigrants. If we look closer at their lives, we can see that they have come to our country carrying the same hopes and dreams as the generations before them.

Together, these portraits will affirm our American motto: e pluribus unum. Out of many, one. They will depict an idea that no Executive Order can dismantle and no wall can keep out: that America is a big, inclusive country; that immigrants are what have always made our country great, that we stand with them, that we have eyes to see a future built on hope rather than fear, and that we will never stop fighting to keep the doors of opportunity open to dreamers. 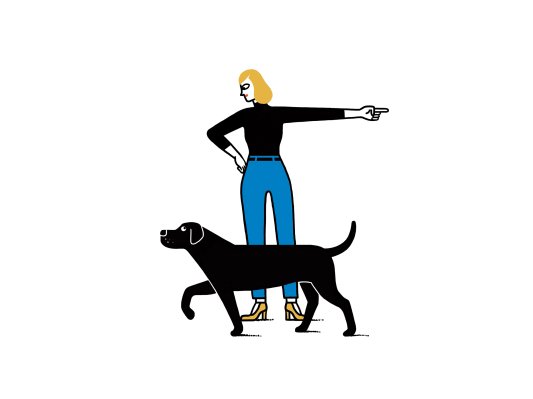 Master of None: Or, How We Learned the Dogs Are Secretly In Charge
Next Up: Editor's Pick